Have you purchased your copy of my book “Who painted my money white”? It is starting to get traction and is getting great reviews[1]. Here are a few:

It is a political thriller that moves between three continents. Get your copy on Amazon by clicking below, based on where you live.

You can read this e-Book on any Smartphone or Tablet or Laptop. Amazon supplies free apps for you. Trust me when I say this – once you start reading books on your iPad/ iPhone/ Android, you will never go back to paperbacks. No more carrying bulky books while going on a trip. Add to that the references provided at the end of the book, in case you want to delve deeper!

Here is the story in brief…

A ship carrying 2 containers, each containing Rs.5000 crores in 500- and 1000-rupee notes, docks in the dark of night at Kochi. The money is quickly distributed to members of a minority community using a network of 100 Chartered accountants. The bulk of the money finds its way back into fake firms, shell corporations, and charities with the sole aim of destabilizing the country.

A diabolical plan by the Freedom Party to weaken India

Greedy politicians of the Freedom Party want to ensure that the opposition can never come to power. Pander to the largest minority, enrich them beyond their expectations and ensure they will be with the party. To this end, a plan is hatched to print high denomination money and try and increase the velocity of money, thereby creating the illusion of growth. A compromised Finance Minister is forced to buy paper from the same sources as India’s rival Pakistan. Their intelligence wing gets hold of the security threads being used in Indian notes through honey trapping and comes up with notes that are almost as good as the real ones.

The fake money brought in slowly starts moving around the country, driving up inflation and real estate prices, mixing with good notes. Because of a series of scams, the government gets voted out and a single party (People’s Voice) gets an absolute majority. The new party responds to a terrorist attack with a surgical strike deep in the enemy territory.

Pakistan decides to retaliate by flooding India with fake currency, by tripling its fake currency production. India responds by demonetizing the 500- and 1000-rupee notes and printing new notes of a different size. But despite the best attempts, a porous border with Nepal and Bangladesh results in a significant amount of the fake currency entering Indian banks. When the notes were tallied, instead of 87% of printed notes coming back to the Reserve Bank, 113% comes!

The counterfeit money is used to spawn different types of nefarious activities including a plot to assassinate the newly elected Prime Minister. Will the Intelligence Bureau track the assassin and protect the PM? Read this to find out. 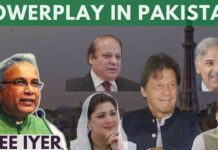 Where are the Billions of Mother Teresa? Vatican Bank Should Reveal