Hectic lobbying is going on to make infamous lobbyist Niira Radia’s friend Sunil Arora as the next Chief Executive Officer (CEO) of Prasar Bharati. Radia’s friends in BJP appear all out to make the controversial IAS officer and former Indian Airlines head as CEO Prasar Bharati and have already appointed him as Advisor to the public broadcaster.

A United Progressive Alliance (UPA) government appointee and the current incumbent Jawahar Sircar’s tenure in Prasar Bharati is ending in February next year (After this post went online, there was a news item on PTI that Sircar is considering quitting). Arora’s stock is falling as he is seen as being too close to Radia to become the next CEO. Arora was a controversial officer and his wheeler-dealer activities were exposed when Niira Radia tapes came out in the public domain. The 28 page transcript of his talks with Radia are reproduced at the end of this article.

After he was exposed in the Radia tapes, Arora was keeping a low profile in Civil Service and he got a new lease of life as Information and Broadcasting (I&B) Secretary during Arun Jaitley’s tenure as I&B Minister. Soon after his retirement, he was posted as an Advisor in Prasar Bharati.

It is an open secret that there is a running battles going on between the right-wing hardliner A Surya Prakash, the current Chairman of Prasar Bharati and the United Progressive Alliance (UPA) appointee Jawahar Sircar, CEO of the organization. Sircar, a former Culture Secretary, was one of the handpicked people by Sonia Gandhi to run the affairs of Doordarshan and Akashvani. Sircar and then Doordarshan news head S M Khan was allegedly doing all the dirty work to stop the interview of Narendra Modi during the Lok Sabha elections. As and when Modi government came to power, Khan was shunted out from Doordarshan and the clever Sircar toned down his rhetoric to retain his post. But it is a known fact that Sircar was doing some covert activities to put hurdles in Surya Prakash’s way, when Sangh Parivar was putting their people in Doordarshan and Akashvani. Due to the support of Rashtriya Swayamsevak Sangh (RSS) and Sangh Parivar, Surya Prakash became the winner by placing several right wing (RW) journalists in Doordarshan and Akashvani.

It is not unusual to have the ruling party have their own people in sensitive Prasar Bharati, which controls Doordarshan and Akashvani. That the BJP leadership is planning to make a totally corporate friendly bureaucrat and Congress and NCP leadership’s favorite Sunil Arora as CEO of Prasar Bharati is baffling. For the past several months, Arora is enjoying a sinecure life as an Advisor in Prasar Bharati. The larger issue is why public money is being wasted on a retired civil servant who has nothing to do with the broadcasting sector?

In the Niira Radia tapes, it is evident that Arora was doing all kind of fixing and dealings for the controversial lobbyist. Niira Radia was pushing and knocking on all doors to make him as head of Air India after the merger. Ratan Tata was also in favor of him, according to Radia’s conversation with others.

Radia Tapes tell us that like Barkha Dutt, he too was actively involved in the Cabinet formation of UPA-2. The dossiers Arora gave to Prime Minister is kept with Niira Radia and this was evident with her conversation with Times of India’s Group Editor Jaideep Bose. The conversations also show that Arora is a favorite of Mukesh Ambani group. Radia’s talks with Mukesh’s man Manoj Modi expose this fact. In some conversations with Radia, Arora gives us the impression about working out some deals or quid-pro-quo on some deals. Moreover, Supreme Court has ordered CBI to probe into the lobbying activities involving Civil Aviation sector, after seeing the transcripts of talks between Niira Radia and Sunil Arora. Anyway the probe is theoretically in the Preliminary Enquiry stage and practically in the cold storage like other 13 cases involving Niira Radia, who allegedly has several friends in BJP too.

Here the million dollar question is why the Prime Minister Narendra Modi and I&B Minister Venkaiah Naidu are not nipping in the bud the ambitions of an allegedly tainted lobbyist such as Sunil Arora as CEO of Prasar Bharati? Or will Modi spring another surprise like Urjit Patel? 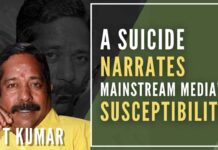 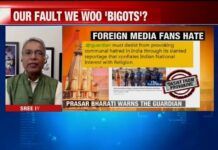 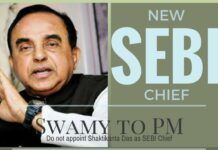