Observations of Arvind Gupta on the functioning of the NSC have been derived largely from his own experience in the organization & out of introspection from a distance.

Books on national security are often ponderous works that are for, by and of the experts. Valuable though they may be, since they are written by people who have mastered the subject —either academically or through lived experience — they tend to attract the already reasonably informed and miss out on a large section of the lay readership. This is a pity because every responsible citizen ought to be initiated to the criticality of national security and what its meaning and manifestation are. It is even more relevant for the Indian state with its complexities of a democratic, ruled-based order; geography; cultural diversity; and, challenges to stability, emanating both internally and externally.

But the writer does not also shy away from underlining the disasters that the Armed Forces plunged into, largely as a result of flawed political considerations.

Arvind Gupta’s How India Manages Its National Security is a timely effort to loop in the common reader into the essentials of the subject. It adopts a simple-to-understand approach but without in the least diluting the gravity of the issue. It unravels the many layers that make up the ecosystem of national security, guiding the reader through each one of them without resorting to intimidating semantics so often used by authors to embellish their own credentials in the public space. Arvind Gupta could have fallen into that trap, being a specialist himself — he served as the country’s Deputy National Security Advisor and headed the National Security Council Secretariat between 2014 and 2017. But he has avoided the pitfall and yet produced a work which can be a credible, even definitive source of future reference and analytical understanding of the issue.

As the book underlines, national security is beyond ‘national’ in its various aspects. There are not just international dimensions but also issues that until recently were not even on the radar of a country’s security implications — such as climate change, cybersecurity, and human trafficking. Thus, the old narrative of ‘internal’ and ‘external’ has now been further complicated by several new additions that often overlap into the two basic groupings. As if this was not enough of complexity, even the line between the ‘internal’ and the ‘external’ gets blurred every so often. The author deftly leads the reader through these webs and seeks to offer a clear-sighted and informed view, not forgetting to draw one’s attention to the fact that various other factors — including economic and social (food, water, health etc) have a direct bearing on a nation’s security environment.

The Armed Forces, the police establishment, border management, and the intelligence set-up are the most recognizable drivers — in the public eye, for sure — in managing national security. The book gives them due attention, providing both a historical context to their growth and contemporary relevance. For instance, the wars of 1962, 1965, 1971, and the Kargil skirmish resulted in several lessons being learned by the Indian establishment and measures implemented to fortify national security structures. Along the way, the Indian Armed Forces had to, in the author’s words, “make a transition to a counter-insurgency force” to fight the menace of terrorism foisted by Pakistan. The Indian military had to “also make necessary changes in its doctrines of war-fighting in response to the changes in Pakistani strategy and tactics. The process continues”.

But the writer does not also shy away from underlining the disasters that the Armed Forces plunged into, largely as a result of flawed political considerations. He mentions Operation Blue Star, terming it a “misadvised adventure”, primarily because it offered the Pakistanis an opening to foment further terrorism in Punjab. Arvind Gupta notes that “Indian continues to pay a heavy price for the political mistakes committed in the 1980s that led to Operation Blue Star”.

The author deals equally effectively with the other traditional players in national security. He bats for reforms in the police force: “The courts have directed the government to take measures to improve the functioning of the police. Yet, the problems remain unresolved even as new challenges continue to arise.” He speaks of the critical role that the Central Armed Police Forces play in ensuring national security, and points to the “tricky” question of its deployment with regard to security matters while ensuring that the “civil force of the government is maintained”. He dwells on the National Investigation Agency, the Intelligence Bureau and the Central Bureau of Investigation. In sum, he hails the contribution of these agencies but notes that “the system itself suffers from several structural deficiencies which need to be addressed urgently”.

Mindful though he is of the challenges ahead and the flaws that exist in the Indian security ecosystem, the author is far from pessimistic about the future.

Given the vast ground that the book covers, it is virtually impossible to represent all aspects even in an encapsulated form here. But one of the highlights that deserve mention is the chapter on ‘Non-traditional Security Issues in National Security’. Because these are relatively fresh challenges, the response to them is still a work in process, and the results so far have been mixed at best. The author quotes from a 2004 report of the UN Secretary General’s High-Level Panel on Threats, Challenges, and Change. The report titled, ‘A More Secure World: Our Shared Responsibility’, identified six clusters of threats and challenges which went beyond the traditional concept of security. But as the author points out, it did not include climate change. Arvind Gupta writes: “The adverse consequences of climate change are a major concern for the security of any country. If water scarcity intensifies, crops fail, land erodes and diseases spread uncontrollably, every country will be affected and weakened.” Needless to add, a weak nation would be more vulnerable to security threats.

The other significant aspect is that the author does not hesitate to flag concerns across sectors he has dealt with, in his quest to place national security at the core of all decision-making by the powers-that-be. For instance, he raises the matter of international diplomacy, “Coordination among the MEA (Ministry of External Affairs) and other agencies involved in the overall diplomatic effort is where Indian diplomacy hits a weak spot. Turf wars need to be avoided and decision-makers in other departments need to be tuned into the outside world.” He speaks of the constraints in the Indian diplomatic system —“acute dearth of diplomats”; foreign offices and their missions “overburdened with work:; “posts not filled in a timely manner”; and most importantly, an inadequate emphasis in IFS training “on Indian civilization, culture, heritage, and languages”. Besides, the author says, there has been “conscious policy of developing area expertise among diplomats”.

Arvind Gupta’s observations on the functioning of the National Security Council have been derived largely from his own experience in the organization but also out of introspection from a distance. He takes the reader into the processes that led to the creation of the NSC, the obstacles which came in the way and how they were tackled, and the way ahead. He terms the formation of the NSC a “momentous decision”, but also adds that the Council being an advisory body, is largely toothless. He says, “This fact (the advisory aspect) remains the key problem of this institution”. In noting that the NSC had been created through a government order rather than via an Act of Parliament, the author says that the procedure had “introduced a weakness in the structure (of the NSC)”. But that’s now a done deal unless at some point in time a government at the Centre decides to take the legislative route in this regard.

Mindful though he is of the challenges ahead and the flaws that exist in the Indian security ecosystem, the author is far from pessimistic about the future. He winds up thus: “…despite the shortcomings in many of our institutions and deficiencies in the implementation of programmes, India has made steady progress… With a 5000-year unbroken living civilizational and cultural wisdom behind us, India should be able to develop its own narrative for the new world”. 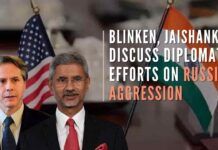 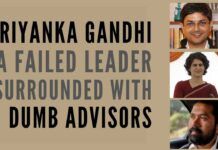 Priyanka Gandhi – A failed leader, with poor vision and surrounded with dumb advisors 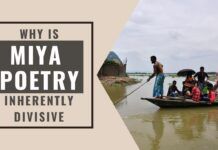 Why is Miya Poetry Inherently Divisive?

Book Review: A war between two brilliant talents — One without...