Kashmir valley has been witnessing fierce gunfights between the joint teams of security forces and hiding groups of terrorists on an almost daily basis especially in South Kashmir districts of Shopian, Pulwama, Kulgam, and parts of North Kashmir in Kupwara and Baramulla. As many as 51 terrorists were eliminated by the security forces in 20 odd operations during June 2020.

The month of July on Wednesday also started on a bloody note. Early Wednesday morning, two Lashkar-e-Toiba terrorists, hiding inside a mosque targeted a CRPF party while they were stepping out of their mobile bunker van in the Model town area of Sopore.

A CRPF jawan was martyred in the targeted strike while one civilian, a resident of HMT area of Srinagar, passing through the area along with his grandchild, also became a victim of the ‘mindless’ terrorist violence. The civilian was identified as 65-year-old Bashir Ahmad of Srinagar.

They also launched propaganda claiming the grandparent of the minor child was dragged out of his car by the CRPF personnel and killed in cold blood while he was proceeding towards Handwara.

Vijay Kumar, Inspector General of Police, Kashmir range, told media persons in Srinagar, “around 7.30 a.m when a CRPF party was deboarding near a Model town area of Sopore to set up a routine security checkpoint they were fired upon by two LeT terrorists from a nearby mosque.” He claimed one of the LeT terrorists involved in the attack was a Pakistani national Usman Bhai and another was identified as Nasir, a local LeT cadre.

Vijay Kumar said, “It is for the second time in the last one month, terrorists have entered inside a mosque to carry out a strike on the security forces.” Security forces had earlier neutralized two terrorists in Pampore inside a mosque without causing any damage to the religious structure. He said the police party had recovered one full and one-half magazine from inside the mosque soon after the attack. He also appealed to the local religious leaders and members of the masjid committees to prevent the use of mosques by these terrorists in the future.

What followed jolted the collective conscience of people across the country.

For several minutes, a three-year-old child was seen making efforts, sitting over the bullet-ridden dead body of his maternal grandparent, to wake him up. He wept, while bullets were being fired from both sides. Soon after spotting him, Station House Officer (SHO) of Sopore, rushed towards him and escorted him to safety. He took the maximum risk before saving the life of an innocent child, caught in the crossfire.

Ironically, even before the minor child was handed over to his parents and the dead body of his grandparent was shifted to the nearby hospital to complete legal formalities terror apologists spread across Kashmir valley and occupying high offices of mainstream political parties and separatist camps became hyperactive on the social media and started spreading hatred through their tweets, videos, pictures of the spot.

SHO claimed, no one coming from the opposite direction from Handwara and Kupwara received bullet injuries. Some of the travelers had taken shelter inside local shops and we rescued several among them, none of them were hurt in the firing from our side.

They also launched propaganda claiming the grandparent of the minor child was dragged out of his car by the CRPF personnel and killed in cold blood while he was proceeding towards Handwara.

Two former Chief Ministers Omar Abdullah and Mehbooba Mufti too came to the rescue of sympathizers of terror apologists and instead of questioning the merciless killing of a civilian at the hands of terrorists they started raising question marks on the conduct of the Indian security forces. Since the local police authorities had not ordered the snapping of mobile internet services in the region following the major terror strike, the propaganda machinery remained active throughout the day and defamed the Indian security forces.

Former Chief Minister and Vice President of the National Conference questioned the conduct of the security forces in his tweets. “Everything becomes a propaganda tool in the bloody violence in Kashmir. A three-year-old toddler has to have his misery broadcast to the whole world to drive home the “we good they bad” message. We would have got the point without his misery being filmed & shared so please don’t.”

In another tweet, Omar said, “We would have expected no less from the men in uniform than to rescue the young boy & for that they have our gratitude but we would expect better than for them to film & use a three-year-old’s pain the way it’s being done today.”

PDP Chief, Mehbooba Mufti also posted a tweet saying, “Two versions about what caused the death of a 65 yr old civilian in Sopore. The family has held CRPF responsible for his cold-blooded murder. Kashmiris are stuck in the crossfire between armed forces & militants.”

Inspector-General of Police, Kashmir range, Vijay Kumar, denied all these allegations and also urged the family to appreciate the role of a police officer who saved their minor boy and escorted him to safety amidst the exchange of heavy gunfire. “I want to ask them whether they were present at the site of the incident. Did they see themselves who fired?” IGP asked. He also patted the back of the SHO for discharging his duty and saving an innocent life during cross-firing.

A CRPF spokesman in Srinagar also rejected the family’s allegation. “His family was not on the spot. How can they level such allegations,” he said. “Bashir Ahmad was killed in the terrorist firing. He was hit by the bullets coming from the same side from where our CRPF jawans were also hit,” he said.

When the local police party arrived at the spot We saw injured CRPF jawans and a civilian lying in a pool of blood. SHO Azim Khan said, “We also noticed a minor boy present there. My first priority was to evacuate him to safety. We covered the area with mobile bunkers of J&k Police and CRPF to prevent the minor boy from coming in the line of fire from the opposite side”. SHO said, “we also shifted the injured CRPF jawans and one of them succumbed due to fatal bullet injuries in the hospital.” SHO claimed, no one coming from the opposite direction from Handwara and Kupwara received bullet injuries. Some of the travelers had taken shelter inside local shops and we rescued several among them, none of them were hurt in the firing from our side. He claimed, “all the CRPF men and a civilian received injuries when terrorists fired upon them from inside a local mosque in the area.” 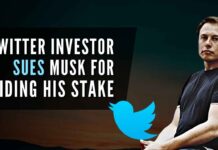