[dropcap color=”#008040″ boxed=”yes” boxed_radius=”8px” class=”” id=””]T[/dropcap]he Supreme Court order banning the sale of diesel vehicles above 2,000 cc in the national capital will impact only some auto-makers strongly, but will also potentially trigger a cascading effect on the dependent ancillary industry, analysts maintain.

Spelling out the figures on domestic sale of passenger vehicles, analysts said out of some 3 million sold in India annually, only around 7 percent is accounted for by the national capital — which makes it a market of 210,000 units.

Out of that, diesel vehicles account for 25 percent, or a market of 52,500 units. That is 1.75 percent of passenger vehicles sold in India are accounted for by the diesel versions in Delhi region.

“In the short term, there will be disruption. From showroom inventory to pipeline stocks — changes, cancellation of bookings, workshop and parts planning are the areas of impact at the vendor end,” said Kumar Kandaswami, senior director with Deloitte Touche Tohmatsu.

“It remains to be seen as to the long-term view. If this restriction of not registering diesel cars with engines of 2000 cc or more continues longer, or on a permanent basis, companies will have to deal with investment decisions that are significant,” Kandaswami told IANS.

“Inventories will have to be shifted,” he said, referring to the impact down the line. “The problems may not be as acute in some interior parts and accessories. Most component suppliers will be faced with schedule changes in the near term.”

But some companies, analysts maintain, can take a larger hit.

[dropcap color=”#008040″ boxed=”yes” boxed_radius=”8px” class=”” id=””]W[/dropcap]e believe the news (of the Supreme Court order) is likely to have negative impact on Mahindra and Mahindra, as about 95 percent its passenger vehicle portfolio is above the 2,000 cc range,” said Bharat Gianani, automobile analysts with Angel Broking.

In fact on a day when the sensitive index of the Bombay Stock Exchange rose 0.69 percent, Mahindra and Mahindra shares declined by 5.44 percent, even as the bourse’s automobile index, as a whole, was down just 0.51 percent.

Mahindra and Mahindra hoped for a holistic view. “The vehicles affected represent about 2 percent of the company’s monthly sales. The company is in the process of evaluating various options to work within the framework provided by the honourable Supreme Court,” the company statement said.

“The news will not have much impact on Maruti Suzuki — it hardly has any product above the 2,000 cc segment — nor on Tata Motors as its earnings are driven largely by JLR, which is a global player,” Gianani added.

At the same time, they said the ruling could change customer perception nation-wide.

[dropcap color=”#008040″ boxed=”yes” boxed_radius=”8px” class=”” id=””]T[/dropcap]his decision will surely impact some makers in the luxury segment and as well as SUV segment. In addition, from customer prospective they will think twice now buying diesel vehicles because of the uncertainty with regard to diesel regulation,” said Abdul Majeed of PriceWaterhouse.

Similarly, they said, much was being made out on the pile-up of inventories. They said the norm was to maintain an inventory of around one week. But they felt government revenues may get effected slightly, as as utility vehicles were taxed at higher rate at 24-30 percent.

Analysts believe the auto industry will hold negotiations with the government to sort out the issue, suggesting measures such as banning older vehicles, further improving the emission levels so that the ban does not exceed March 31 next year.

“While the temporary ban on diesel vehicles for three months may impact sales in the short term, the long term changes to policy, including emission norms, will be the key in determining the future road map of the industry,” said R. Muralidharan of Fitch Ratings. 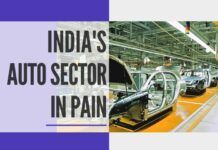