Is GOI becoming the lender of first choice instead of the last resort?

Tata and Birla Groups-controlled telecom companies on Tuesday agreed to set off their huge dues to the Department of Telecom by converting dues to shares to the Government of India in their cash-strapped companies. Industrialist Kumar Mangalam Birla controlled Vodafone-Idea decided to convert their humongous of Rs.1.95 lakh crore (roughly 26 billion dollars) by offering 35.8% shares to the Government of India. Ratan Tata controlled Tata Teleservices Maharashtra Limited having more than Rs.12,500 crore (around 1.7 billion dollars) due to the government, decided to offer 9.5 % shares to the government. Many Industrialists say in the mid-60s, the US Government has offered such a benevolent bailout package to General Motors to save from debt and dues trap.

Only Sunil Mittal headed Airtel agreed to the four-year moratorium in payment of dues of around 1.6 lakh crores (more than 21 billion dollars) with interest. The government’s offer after the Supreme Court passed a strict order for paying the AGR (Adjusted Gross Revenue), the government came out with a bailout package of 10-year installment. Then Modi Government again came out with another bailout package of the four-year moratorium in paying dues of AGR and Spectrum fees with interest later. While offering this package government also offered to acquire the shares of the companies equal to dues.

This is a classic case of crony capitalism by the Modi Government. The government brought a tailor-made tender to sell national asset Air India to Ratan Tata’s newly floated company Talace Private Limited at a throwaway price and allow Ratan Tata’s another company Tata Teleservices Maharashtra Limited to set off its dues of more than Rs.12,500 crore to the government by taking 9.5% in the company. In a nutshell, the Modi Government sold its national asset Air India for peanuts and took over the humongous loss of private players.

AGR non-paying was exposed after the 2G Scam in 2010. India’s auditing organization CAG unearthed this scam. For every call, the telecom companies were collecting money and these companies did not pay the government, the money was collected from the public from 1999. Journalist J Gopikrishnan of Pioneer newspaper, who exposed 2G Scam and also complained to authorities about the non-paying of AGR by telecom firms in an interview with PGurus Managing Editor Sree Iyer in an interview explains about this scam by telecom companies:
https://youtu.be/THu4mO6p5ME

PGurus reported in detail about the frauds of telecom companies by not paying money collected from public per call for the past 20 years and connivance of government with Corporate companies.[1] 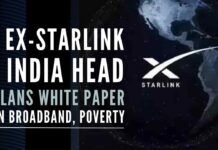 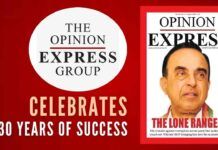 This American ‘guru’ makes you get things done