Encryption: a milestone for Whatsapp community

New versions of WhatsApp are now available for download for your Smartphone. Please upgrade your software as soon as possible to enjoy the benefits of increased security. When you are having a secure conversation, a lock sign will show up on Encryption when you click on the title bar of WhatsApp. If it does not, then please ensure that everyone in the conversation has the latest version of WhatsApp running on their phone.

Facebook CEO Mark Zuckerberg said in a statement on Wednesday that, “To keep you and your information safe when you are using the latest version all your conversations and calls are encrypted which is an important milestone for the Whatsapp community”.

“A full end-to-end encryption means that over one billion users of WhatsApp, when running the latest version of the messaging app, every call they make, and every message, photo, video, file, and voice message they send, will be end-to-end encrypted by default, and can only be deciphered by the intended recipient.

[dropcap color=”#008040″ boxed=”yes” boxed_radius=”8px” class=”” id=””]T[/dropcap]he idea is simple: when you send a message, the only person who can read it is the person or group chat that you send that message to. No one can see inside that message. Not cybercriminals. Not hackers. Not oppressive regimes. Not even us,” said Jan Koum, CEO and co-founder of Whatsapp in a blog post on Tuesday.

Encryption is one of the most important tools governments, companies, and individuals have to promote safety and security in the new digital age. Recently there has been a lot of discussion about encrypted services and the work of law enforcement, Koum added.

“We’ve been working for the past two years to give people better security over their conversations on WhatsApp. I’m proud of our team for hitting this milestone,” he said.

The social network’s decision to enhance its security features comes close on the heels of the Federal Bureau of Investigation’s attempt to force Apple unlock an encrypted iPhone used by San Bernardino shooter Syed Farouk, who along with his wife opened fire at a holiday party, killing 14 people. 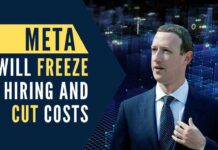 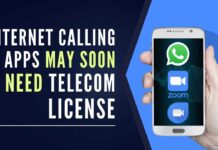