Niti Aayog Chief Executive Officer Amitabh Kant said on Saturday that India should not repeat past mistakes when it comes to the area of electric mobility. Kant said that India can use its push towards electric mobility to change its perception as a nation that enters sunset sectors, to one which invests in sunrise sectors.

Kant was addressing a roundtable event in Goa, organized by the Union Ministry for Heavy Industries which was aimed at promoting electric mobility in India.

India’s past mistakes in electronics manufacturing, like entering the sector late after China and other countries have seized the market.

“And once they have the size and scale you’ll never be able to penetrate global markets. Therefore we are saying that you get into the sunrise areas of the future and these are the areas if you get in you will become a global champion,” he further said.

Kant also said that only those countries which opt for the digital and environment-friendly path would attract investment in the future.

“Those countries that go digital and go green will attract valuation and attract investment and those that do not go green and digital will go dead. There will be no future for those countries. This disruption is absolutely clear,” he said, adding that by the year 2025 there would be no two and three-wheeler vehicles that use combustion. 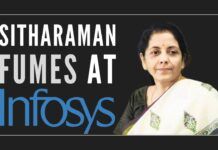 #EP86 US changes mind on India in UNSC, US journo killer in Pak walks, Trump to stay in Party & more 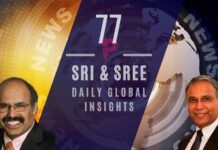 #EP77 Preparing for Biden inauguration, amid tight security. Total to invest 2.5 B in Adani company