[dropcap color=”#008040″ boxed=”yes” boxed_radius=”8px” class=”” id=””]I[/dropcap]ndia and Malaysia signed three agreements on cyber security, cultural exchange and infrastructure development on Monday, the third day of Prime Minister Narendra Modi’s visit to this southeast Asian nation.
While the cyber security agreement was signed between the Indian Computer Emergency Team (CERT-IN) and Cyber Security, Malaysia, the cultural exchange programme agreement was inked between the ministries of culture of the two countries. The infrastructure development agreement was signed between India’s NITI Aayog and Malaysia’s Performance Management and Delivery Unit (Pemandu).
The cyber security agreement seeks to promote closer cooperation and the exchange of information pertaining to cyber security incident management, technology cooperation, cyber attacks, prevalent policies and best practices and mutual response to cyber security incidents.
[dropcap color=”#008040″ boxed=”yes” boxed_radius=”8px” class=”” id=””]T[/dropcap]he agreement on cultural exchange aims “to strengthen frinedship between the two countries and further develop their cultural exchanges and cooperation by way of visits of delegations at various levels and troupes, organising art exhibitions, participation of scholars and experts in conferences etc”.
The agreement on infrastructure development is aimed at strengthening, promoting and developing cooperation in the areas of performance management, monitoring related to government programmes to enhance public service delivery, improve efficiency of implementation methods and procedure and develop templates and tools to monitor performance of government programmes.
The agreements were signed following delegation-level talks between the two sides headed by Modi and Malaysian Premier Najib Razak.
[dropcap color=”#008040″ boxed=”yes” boxed_radius=”8px” class=”” id=””]E[/dropcap]arlier on Monday, Modi was accorded a ceremonial welcome and a guard of honour at Putrajaya, the federal administrative centre of Malaysia, where he was greeted with a hug by Razak.
The Indian prime minister attended the 13th Asean (Association of Southeast Asian Nations)-India Summit on Saturday and the 10th East Asia Summit on Sunday.
Modi will leave for Singapore later on Monday on the second and last leg of his southeast Asian tour. 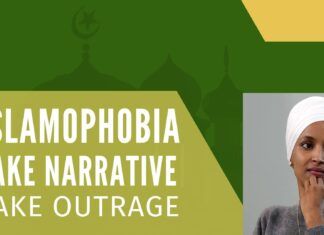 Sahil Mishra - December 4, 2021 0
Stressing the need for the moderate Muslim to raise his voice against the rabid extremism displayed by a few lumpens whether it is at...