India will be buying five units of the missile system may cost around Rs. 40,000 crore.

The sources said negotiations for the deal will be done during the prime minister’s visit, and a preliminary agreement is expected at that time.

Modi will be in Russia on a state visit from December 23 to 25.

The deal, under the buy-global category, is expected to be a government-to-government one.

The S-400 is an anti-aircraft weapon system which uses three different missiles to cover its entire performance envelope. It is designed to knock down flying targets including those equipped with stealth technologies, at a distance of about 400 km.

Initially India had plans to buy at least 12 of the S-400s, but later it was decided that five would be enough.

These missiles will be enough to secure and area roughly of the size of the National Capital Territory of Delhi, said an official.

While an the exact cost of the deal would be known only after negotiations are done, experts, on the basis of a deal struck between China and Russia, estimate it would cost around Rs.40,000 crore.

This includes one for design and development of five fleet support ships for the Indian Navy at a cost of Rs.9,000 crore.

Hindustan Shipyards Limited has been nominated for the project and it will get “active help of Navy”, said the sources.

Six new regiments of Pinaka missile for the army worth Rs.14,600 crore, and digitisation of 24 Pechora missiles for an air defence system for Rs.1,200 crore were also approved.

Another proposal cleared is to purchase 120 trawls from Russia at the cost of Rs.450 crore. These trawls, 120 in number, will be procured for T-72 and T-90 tanks of the army.

The official added that the defence ministry has asked the Defence Research and Development Organisation (DRDO) to develop indigenous trawls by the end of 2017.

Among other proposals cleared is procurement of 571 Light Bullet Proof vehicles for Rs.310 crore for the army, and developing two electronic warfare systems for the mountainous region.

The vehicles will be used in anti-insurgency operations.

The electronic system, which is likely to cost Rs.425 crore, will be developed by DRDO with public sector company BEL to be the lead integrator for the project. US concerned over Russian S-400 anti-missile system’s arrival in India, but no decision on sanctions yet 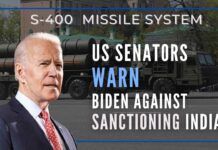 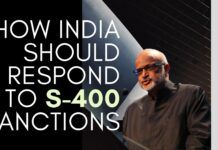 Delhi HC Orders Rajat Sharma and others to continue in DDCA...