Indian Air Force on Monday got its fleet of the first indigenously built light combat helicopter (LCH) named ‘Prachand’. The helicopter is capable of destroying enemy targets including bunkers, tanks, and drones in high-altitude areas. Built by the public sector aerospace conglomerate Hindustan Aeronautics Limited (HAL), the light combat helicopter is the only attack helicopter in the world that can land and take off at an altitude of 5,000 meters (16,400 ft) with a considerable load of weapons and fuel. The 5.8-tonne twin-engine gunship helicopter is armed with air-to-air missiles, 20 mm turret guns, rocket systems, and other weapons.

Defence Minister Rajnath Singh on Monday presided over the ceremony to induct ‘Prachand’ into service at Jodhpur Air Force Station. He also flew in the helicopter and said later “No need to define ‘Prachand’, message received by the enemy.” Defence Minister tweeted the first visuals of the operation of the Helicopter:

The fleet comprising four helicopters was inducted into the IAF in Jodhpur in presence of the Defence Minister, IAF Chief V R Chaudhari, and other senior military officials. Rajnath Singh noted that the LCH meets the requirements of modern warfare and necessary quality parameters under varied conditions of operations. It is capable of self-protection, of carrying a wide variety of ammunition and delivering it to the field quickly.

The Defence Minister said the recent conflicts in Ukraine and elsewhere showed us that heavy weapon systems and platforms, which do not allow for rapid movement on the battlefield, are sometimes vulnerable and become easy targets for the enemy. Therefore, the need of the hour is to move towards the development of that equipment and platforms, which are mobile, have ease of movement, are more flexible, and at the same time meet the requirements of the armed forces.

In this context, LCH has been developed with an unprecedented balance of all these features and HAL should be congratulated for this, he said. Air Force Chief Chaudhari said the capabilities of LCH are on a par with the helicopters of its class globally. The helicopters were given a traditional water-canon salute that followed a multi-religious prayer ceremony.

The need for developing a light combat helicopter for mountain warfare was felt during the Kargil War in 1999. Subsequently, the IAF and HAL began exploring the possibility of developing the platform with a capacity to carry an adequate weapon load, and sufficient fuel and still be capable of operating in the higher reaches of the Himalayan ranges.

By mid-2010, the prototype of LCH completed a major flight test and it was deemed to have fulfilled the desired parameters. In February 2020, the LCH was declared ready for production. In March, the Cabinet Committee on Security (CCS) approved the procurement of 15 indigenously developed Limited Series Production (LSP) LCH at a cost of Rs.3,887 crore. The Defence Ministry had said 10 helicopters would be for the IAF and five will be for the Indian Army.

The helicopter can also be deployed in high-altitude bunker-busting operations, counter-insurgency operations in the jungles and urban environments as well as for supporting ground forces. It can also be used against slow-moving aircraft and remotely piloted aircraft (RPAs) of adversaries. State-of-the-art technologies and systems compatible with stealth features such as reduced visual, aural, radar, and IR signatures and crash-worthiness features for better survivability have been integrated into the LCH for deployment in combat roles.

Several key aviation technologies like a glass cockpit and composite airframe structure have been indigenized. The future series-production version will consist of further modern and indigenous systems, they said. The IAF plans to procure more LCH in the near future. The Army has a plan to acquire 95 LCH largely for a combat role in the mountains. The LCH is the first indigenous Multi-Role Combat Helicopter designed and manufactured by HAL. 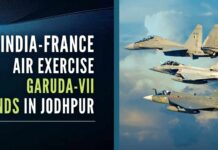