Corporate Houses & PSUs provide a helping hand to the nation

Many Corporate Houses like Tata Group, ITC, Jindal Group, Adani Group and big Public sector Undertakings (PSU) like BHEL and steel PSUs like SAIL and RINL were at the forefront of supply and delivery of oxygen cylinders, containers and plants and concentrators even by importing from Germany, Saudi Arabia, Dubai, Hong Kong and Singapore. Railways, Air India and Indian Air Force provided logistics to these speedy operations nationally and internationally to Corporate Houses and PSUs in delivery of oxygen.

Tata Group and ITC lifted 24 oxygen containers from multinational Linde Group’s factories from Germany with the help of the Indian Air Force. “Given the oxygen crisis, we are putting in all our efforts to support India’s healthcare infrastructure. To supplement the critical supply of liquid medical oxygen to various states, we are importing 24 cryogenic containers. This is our collective resolve to fight the pandemic,” said Tata Group in a statement after delivering consignment on Monday. Tata Steel also increased their daily production of 600 tones of oxygen.

The first set of 4 cryogenic containers have arrived today. We thank the GoI and @IAF_MCC for enabling this, and M/S Linde India for their sourcing support in this collective effort to augment delivery infrastructure of medical oxygen. pic.twitter.com/KGt7xyInFn

Mukesh Ambani headed Reliance Industries is at the forefront of oxygen supply to hospitals in Maharashtra, Madhya Pradesh and Gujarat for the past two weeks by supplying 700 MT per day. Reliance’s Jamnagar plant is concentrating on this large supply of medical oxygen to hospitals[1].

Adani Group also airlifted 12 containers each from Saudi Arabia and Dubai to provide oxygen to hospitals in Gujarat. “We have secured another 12 ready-to-use cryogenic tanks to transport liquid oxygen from Dubai. The Indian Air Force is airlifting 6 of these tanks today to India. Jai Hind!,” Tweeted Gautam Adani on Monday.

Thank you @IndianEmbRiyadh. Indeed, actions speak louder than words. We are on an urgent mission to secure oxygen supplies from across the world. This first shipment of 4 ISO cryogenic tanks with 80 tons of liquid oxygen is now on its way from Dammam to Mundra. (1/3) https://t.co/BLZ0SbQ499 pic.twitter.com/lFKnx0hIhX

“Back home, we are also arranging additional oxygen supplies for speedy distribution in Gujarat. Every day, our teams are hard at work, filling 1,500 cylinders with medical oxygen and transporting them to wherever they are needed in Kutch district,” said Adani.

Jindal Group’s Sajjan Jindal and Naveen Jindal were at the forefront of gearing up their units across the country to speed up oxygen supply to many hospitals in North India including oxygen starved capital Delhi’s hospitals.

Tankers refilled with Liquid Medical #Oxygen and being dispatched from our Oxygen plant.

The PSU Bharat Heavy Electricals Limited (BHEL) has entrusted its Bhopal and Haridwar plants to gear up the production of oxygen. “Catering to the daily increasing demand of oxygen, BHEL’s Bhopal plant is supplying more than 6,000 cubic meters of oxygen gas daily to hospitals in the Bhopal area. The unit supplied a record 975 cylinders on 23rd April 2021. The Haridwar plant is upgrading its infrastructure to be able to supply about 16,000 Cubic Meters of oxygen per day for medical use. It will, shortly, be able to supply about 2,200 cylinders per day as against the capacity of 700 cylinders per day at present,” said BHEL in a statement.

According to Steel Ministry headed by Minister Dharmendra Pradhan, the steel sector produced 3474 MT of Liquid Medical Oxygen till Sunday. “Steel plants in both public and Private sector are striving hard to supply the liquid oxygen to different states. The Average delivery of Liquid Medical Oxygen by SAIL has been raised to more than 800 tonnes per day. Around 1150T of LMO was delivered on 23rd April, and the quantity delivered yesterday was 960 Tonnes. SAIL has been continuously enhancing LMO supply. Total Liquid Medical Oxygen supplied from SAIL integrated steel plants at Bhilai, Bokaro, Rourkela, Durgapur and Burnpur from August 2020 till yesterday has been 39,647 tonnes.

“As far as RINL is concerned, in the last FY 20-21, it had supplied 8842 ton of LMO. This FY, from 13th April till today morning, more than 1300 ton of Medical Oxygen has been dispatched There is an increase from 100 ton to 140 tons in the last three days. First Oxygen Express had chugged off RINL Vizag Steel Plant site on 22nd April, carrying 100 tons of Liquid Medical Oxygen to Maharashtra to meet medical exigencies of Covid patients,” said Steel Ministry. 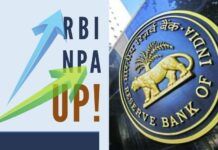 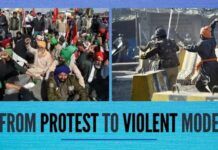