Innovative Masala Bond for India was launched by IFC in Japan

IFC said in announcement from Tokyo on Tuesday, the equivalent of $1.7 billion from international investors for investment in India which was raised by the three-year bond builds on IFC’s pioneering Masala bond programme.
Uridashi bonds are sold to Japanese household investors and Masala bonds are sold to offshore investors which are rupee-denominated instruments.

“IFC’s latest bond opens up a new source of local-currency finance for businesses in India while enabling Japanese household investors to participate in the development of one of the world’s fastest-growing economies.”

[dropcap color=”#008040″ boxed=”yes” boxed_radius=”8px” class=”” id=””]I[/dropcap]FC said it has played a prominent role in India’s capital-markets development, rolling out a $3 billion rupee-denominated Masala bond programme over the past two years.

IFC has issued bonds in a sufficient range of maturities to establish a sound benchmark for rupee bond prices, it said.

In addition to strengthening local capital markets in India, IFC is focused on boosting financing in infrastructure and logistics, promoting financial inclusion, and expanding access to high-quality and affordable healthcare, it said. 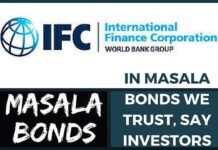 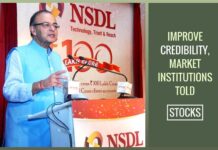