Muzaffar Khan, Editor-in-Chief of Sade-e-Kehkashan in the crosshairs

Traitors have no place to hide. Indian intelligence agencies have unearthed that many Srinagar based journalists are in regular touch with the terror outfit Laskhar-e-Taiba (LeT) leaders and Pakistan’s Inter-Services Intelligence (ISI) officers in Pakistan.

The intelligence sleuths came across these sensitive details after tracking down the Pakistan calls of Muzaffar Khan, the Editor in Chief of Sade-e-Kehkashan.

According to intelligence sleuths, Muzaffar Khan is a key player in the Kashmiri Media-ISI-Separatist nexus. He is behind many outrages creation and pro- Pakistan sentiments in the troubled valley. Khan is engaging a battery of journalists for these purposes, said an Intelligence Bureau official, who tracked his phones and communication methods.

According to Khan’s call traced records, he was in regular touch with terror outfit Lashkar-e-Taiba (LeT) leader Zakiur Rehman Lakhvi’s Personal Assistant and ISI’s Col. Tanveer. PGurus has already written about details of Col. Tanveer’s contacts with Gilani and Mirwaiz, with details of call records[1]. Khan was in regular touch with many Pakistan journalists to pass info and also in touch with all separatist leaders in Kashmir including Shabir Shah, Yaseen Malik, and Asiya Andrabi. Khan is believed to be the major information collection point or touch base of many Indian journalists also.

Intelligence sleuths had already shared their findings with National Investigation Agency (NIA) after finding many dubious money trails to his series of NGOs.

[1] India got conclusive proof that Gilani and Mirwaiz are in touch with ISI’s top officer Col. Tanveer – Jan 9,2017, PGurus.com 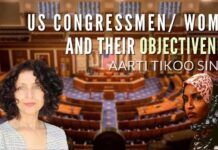 Aarti Tikoo Singh, senior journalist on her experiences deposing before the US congressional hearing 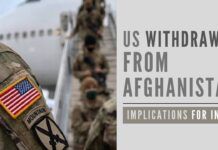 US withdrawal from Afghanistan: Impact on global terror & implications for India

A conversation with Dr. Subramanian Swamy