The Finance Ministry is soon going to give Rs.1600 crores ($239 million) in a covert way to the Goods Services and Taxes Network Company (GSTN), the private company dubiously constituted by the United Progressive Alliance (UPA) government for tax administration and collection of GST. Team PGurus has learnt that in order to avoid Cabinet scrutiny, this huge fund of Rs.1600 crores ($239 million) is being given in five installments of Rs.320 crores ($48 million) at specific intervals.

It may be noted that in the projects of Income Tax or Customs / Excise & Service Tax there is no concept of Actual User fees.

The excuse given by the Finance Ministry’s top officials including Finance Minister Arun Jaitley is that this money is given to GSTN as User Fee. The User Fee is supposed to be paid by the tax payers of GST, which are the producing companies for enrolling with GSTN. But this was quietly changed and Government of India has decided to own up the User Fee supposed to be paid as enrolment fee by the private tax payers, who come under GST (Goods and Services Tax).

It may be noted that in the projects of Income Tax or Customs / Excise & Service Tax there is no concept of Actual User fees.

Here are some questions:

Note:
1. The conversion rate used in this article is 1 USD = 67.06 Rupees.
2. Text in Blue points to additional data on the topic. 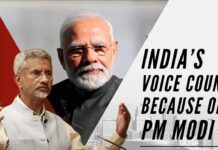 Outrage on Amit Shah’s son’s Business vs Silence of Left-Liberals about...

Is NDTV in contempt of Court?