After the gruesome killings of Kanhaiya Lal in Udaipur and Umesh Kolhe in Amravati, the attack on Hindus is far from over. In a shocking incident reported from Karnataka, 3 people were stabbed and many others injured when two groups belonging to different communities clashed at the bus stand of Kerur town near Badami on Wednesday.

Those who received stab injuries are identified as Lakshman Kattimani, Arun Kattimani, and Yamanur Chungin, all residents of Kerur town. They are admitted to the District Civil and Private Hospital for treatment. Arun Kattimani, Hindu Jagaran Vedike district secretary had protested against Kanhaiya Lal murder.

The situation became tense after five shops, 10 push carts of fruit vendors, and several two-wheelers were also set on fire before the police swung into action.

As soon as the clash turned violent, SP Jayaprakash rushed to Kerur town and took stock of the situation. He held meetings at Kerur police station. The traffic on NH-52 (Hubballi-Solapur) was disrupted for at least one hour.

Deputy Commissioner Sunil Kumar said, “The CrPC Section 144 will be clamped for two days beginning from midnight of July 6. Schools and colleges have been ordered to be closed in Kerur town on Thursday. The situation is under control and police are probing the incident.” 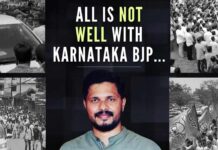 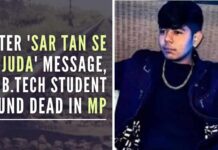