James Webb captures wonderful photos showing how was the universe billions of years ago!

December 25, 2021, will be marked as a far-reaching day in the history of science. On that very day, NASA successfully launched a telescope named ‘James Webb’ into space. Gradually after a long journey of 15 lakh km, James Webb reached the desired location. It is the largest and most powerful telescope ever launched into space.

Similarly, scientists succeeded in opening the primary mirror. This mirror is made up of 18 small hexagonal mirrors. Its total size is six and a half meters. Such a large mirror could not fit in a rocket. Hence, it was decided that the mirror should also be folded. The mirror was mounted on the telescope and folded in the same way as the paper is folded in the origami method! But the real challenge lay ahead, and that was to open the mirror when the telescope travels into space. But even this unprecedented challenge has been successfully completed by scientists. All this was carried out while ‘James Webb’ traveled in space. This telescope is located in space where the temperature is very low and gravity is almost zero. Scientists are keeping a close eye on how the telescope copes with such a situation. It was impossible to conduct such tests on earth.

After overcoming all the challenges, this telescope is now exploring the universe! NASA released the most beautiful photographs taken by this telescope, on July 12, 2022. The first of these images is a cluster of galaxies. This cluster is several million light years in size, though it is a very small faction of space as seen by the telescope.

What will this telescope do next? It will receive infrared waves from the farthest universe and show us the universe which existed 13.5 billion years ago. In a way, we are sitting in a time machine and traveling through the past. James Webb will make it possible for humans to dig deeper into the past. This will make it possible to study stars and galaxies born 13.5 billion years ago. About 5,000 planets have been discovered so far.

The study of these planets will be greatly facilitated by the Webb telescope. Scientists are hoping that the Webb will shed more light on the massive black holes at the center of some galaxies. There is no doubt that this telescope will play a paramount role in the study of the formation of stars and galaxies in the early days of the universe, the atmosphere of Exoplanets as well as the Quasar, the mysterious objects far away.

Astronomy has now reached the threshold of a new revolution! Dr. Gireesh Pimpale
Dr. Gireesh Prabhakar Pimpale is specialized in Astronomy. He has many research papers on ‘Astronomy and Astrophysics Education’ published in National and International journals. He was awarded a research grant by the University Grants Commission for ‘The Study of Variable Stars'. He has also authored several books in Marathi on Astronomy. His book “Vedh Khagolacha” was given the Best Marathi Literature Award by the Govt. of Maharashtra. He has delivered hundreds of lectures on topics like Voyage into Space, The Story of Hubble Telescope, Career in Physics and Astronomy, Higgs boson and the Large Hadron Collider, and Detection of Gravitational Waves.


Dr. Gireesh Pimpale is working relentlessly to propagate Swatantryaveer Vinayak Damodar Savarkar’s thoughts for the last 40 years. He has contributed many articles / delivered many lectures on Savarkar in various institutions. He has designed and developed an audio-visual program “Shatapailoo Savarkar” to effectively take his biography to the masses using modern PowerPointlike contributed presentation technology. This is the ‘first program of its kind’. He was felicitated by the Savarkar Sahitya Abhyas Mandal, Mumbai. And Savarkar Sahitya Sammelan, Pune.
Stars 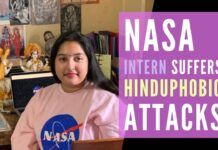 Why does my child study Sanskrit? 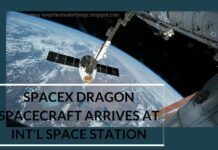