[dropcap color=”#008040″ boxed=”yes” boxed_radius=”8px” class=”” id=””]I[/dropcap]n India, there is an ongoing debate on whether or not to simplify labour laws including to allow business(es) to hire and fire employees as per their business requirements. No one talks about the right of an employee to leave his employer, that’s rather obvious, taken for granted. However, a large section of Indian Workers working in the Middle East, such as in Dubai, Abu Dhabi etc. actually don’t have this right – the right of an employee to leave his employer under the kafala system nor do they have any access to social security in those countries. Their only solace is in a devalued currency (actual trading values to Purchasing Price Parity (PPP)) – what they earn there is magnified in the Indian currency.

The kafala system meaning “sponsorship” is a system used to monitor migrant laborers, working mostly in the construction and domestic sectors, in the Middle East. The system requires all unskilled laborers to have an in-country sponsor, usually their employer, who is responsible for their visa and legal status. Under the kafala system must grant explicit permission before the worker can enter, transfer employment, or leave the country. The kafala system gives the employer immense control over the worker. These practices have been criticized by human rights organizations for creating easy opportunities for the exploitation of workers, as many employers take away passports and abuse their workers with little chance of legal repercussions. Most of the workers labor under near-feudal conditions that Human Rights Organizations have likened to “forced labor”.

A google search of the phrase “Condition of Indian Workers in Middle East” led to the results, a cursory look of which would give you a subtle indication of their pitiable state.

What we have done is created a vicious system which promises workers rights but no jobs. We forget that without a job, these rights are meaningless. That without opportunities they end up more disadvantaged.

Indian Entrepreneurs, Indian Business, Indian Workers and Indian Management but no Indian Government or Indian babudom (Bureaucracy) and we have a lot of the marvels in Middle East which are in fact a magnificent edifice of our failures. 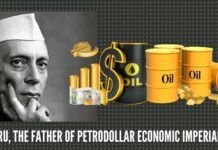