[dropcap color=”#008040″ boxed=”yes” boxed_radius=”8px” class=”” id=””]H[/dropcap]uddled under a blanket, a drowsy opening of the eyes as the curtain is pulled back: and there stands the mighty Kinnaur Kailash mountain range in Himachal Pradesh – in one word, breathtaking!

The mountain range, wrapped in a white sheet of snow, appeared no less than a fairy tale land. As the sun rose from behind the range, kissing its peaks, its rays cast a magical spell on the small village of Kalpa, located in the lap of nature, surrounded by hills.

One would not be mistaken in believing mother nature had adopted the tiny village and nurtured its natural beauty.

This enchanted village of Kalpa is located at 9,711 feet above sea level in Kinnaur district of Himachal Pradesh on NH-22, also known as the Hindustan-Tibet Road.

Known for its apple orchards, it’s an abode of nature’s beauty. Since it is not a popular tourist destination, the village has maintained its natural untouched beauty.

[dropcap color=”#008040″ boxed=”yes” boxed_radius=”8px” class=”” id=””]B[/dropcap]ut the journey to Kalpa is not for comfort-seeking travellers, no less than a roller coaster ride from Himachal capital Shimla. It’s probably one of the most dangerous roads in the state. If you ignore the rough and rugged landslide-prone terrain and soak in the pine and spruce trees, the tranquil Baspa river and the mighty Himalayan snow-covered range, nature will amaze you with its awesome beauty.

The journey is hectic and physically tiring. But it is the beauty of nature that keeps the eye glued to the window of the bus.

The moment one reaches Kalpa, the soothing silence of the valley and its virgin charm energise, taking you to an imaginative world far away from your chaotic city schedule.

The chants from a Buddhist monastery, the Buddhist flags waving as the cold breeze whistles across the pine and spruce woods creating a wind symphony: that’s how the morning greets you at Kalpa.

Though there are no tourist spots to visit, the ecstatic charm and uninhibited feel of the village will mesmerize you. A small walk across the village covers it all within a day.

[dropcap color=”#008040″ boxed=”yes” boxed_radius=”8px” class=”” id=””]W[/dropcap]hile talking a walk along the narrow hilly lanes in the area, the dead maple leaves crunching below my feet, the lines of Robert Frost from his poem “The Mountain” came to mind: The mountain stood there to be pointed at/Pasture ran up the side a little way/And then there was a wall of trees with trunks/ After that, only tops of trees and cliffs.

The village is an amalgamation of Hindus and Buddhist residents. Take out time to seek solace at the Buddhist Hu-Bu-Lan-Khar monastery or blessing at the Hindu Durga temple.

Kalpa also provides a treat for your taste buds if you are looking for Tibetan food. Taste some authentic Tibetan food at restaurants run by locals; slurp on thukpas, chomp on mutton momos and noodles and sip some hot tea on a cold wintry evening; pluck apples from the orchards; visit the Roghi village – and the day is gone!

As the sun sets behind one of the hills, it leaves behind a majestic view of the Kinnaur Kailash range – probably one of the the best scenic appearances. The sky gets enveloped in a reddish hue and the snow-capped peaks get ornamented in red, making the way for moon-kissed night.

Away from the cacophony of bustling city life, Kalpa is a pure scenic bliss that one can never get enough of.

Time taken: It takes around 9-10 hours to reach Kalpa from Shimla depending upon road conditions.

Where to stay : There is a Himachal Pradesh Tourism Development Corporation hotel at Kalpa. There are also many hotels at Kalpa that provide a picture-perfect view of the mountain ranges.

Where to eat: Most hotels have restaurants. Also there are innumerable local restaurants. 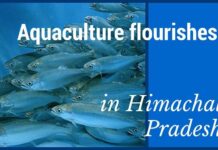