Train Fares are a factor of two things – the rate and the distance. The entire focus is on the rates, not on distance.

The savings is a distance of around 65 kms.

The Ajmer-Rewari via Ringus – Phulera has been converted to Broad Gauge around in 2009 while the Ajmer-Rewari via Jaipur was converted long time back. However, a large number of trains continue to ply on the old routes inspite of new and shorter routes which may have developed thereafter.

Say, 12957-12958 Swarna Jayanti Rajdhani – New Delhi – Ahmedabad. It at present plies on the Ajmer – Rewari via Jaipur route. However, if the route is changed there will be a saving of 65 kms i.e, around 7% of the total journey length of 934 kms at present and a consequent reduction in Travel Time and Train Fare can be expected.

Similarly, the train 12473-12474 Sarvodaya Express – Ahmedabad – Jammu Tawi via Vadodara, Kota, New Delhi on main line trunk route. The distance between Ahmedabad and Jammu Tawi is 1670 Kms, whereas Ahmedabad – Jammu Tawi via Jodhpur, Degana, Hisar (19027-19028 Vivek Express) is 1401 kms. However, if this route is changed there will be a saving of 269 Kms i.e., around 16% of the total journey length of 1670 kms at present and consequent reduction in Travel Times and Train Fare can be expected.

I also note that the infrastructure on comparable routes (Electrification, Double Lines) may not be equal, but I can definitely presume that it will be worth a feasibility study for all important trains and routes. The fact is that once a train is introduced, it’s route is never revisted in spite of new lines and rail infrastructure which may have developed thereafter.

What happens for intermediate station which fall on changed routes?

Indian Railways has a quota system wherein the stations groups are allocated quotas (or sets of seats / coaches). There can be a merger / demerger of multiple train sets to form new services which enable the railways to transport passenger from point to point using the shortest possible routes. Since the entire Ticketing system has been computerized, absolute demand & allotment to particular stations can be gauged and definitely – a large number of routes will emerge where there is benefit to passengers without loss of seats.

Reduced Travel Times will create a slack of rolling stock at the aggregate level – thus enabling for introduction of more train services without additional capex i.e., Can I introduce 12 train services by investing in 10 new rakes and 2 rakes released from slack created by operational efficiency due to shorter journeys and reduced travel times.

Note: Distances taken from Time Table of Trains @ http://indianrail.gov.in/
This is the text of a suggestion submitted to the Indian Railways on their Budget Portal vide Reference “RLY-1452592701354”. 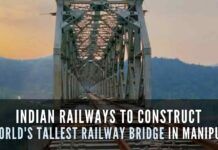 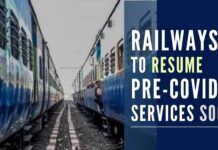