After the lawyer informed that absconding Param Bir Singh is “very much” in India, the Supreme Court on Monday granted protection from arrest to the former Mumbai Police Commissioner in criminal cases lodged against him in Maharashtra and sought responses from the state government, its DGP and the CBI on his plea. The apex court also directed Singh to join the investigation.

Singh, who had accused the then Maharashtra Home Minister Anil Deshmukh of corruption, has alleged a frame-up in criminal cases. Besides seeking protection from coercive steps, Singh has sought a CBI probe into the entire issue involving him. The bench comprising Justices S K Kaul and M M Sundresh issued notices to the Maharashtra Government and DGP Sanjay Pandey and the CBI on Singh’s plea.

“Issue notice. Returnable on December 6. In the meantime, the petitioner shall join the investigation and shall not be arrested,” the bench ordered.

Singh’s counsel Senior Advocate Puneet Bali, told the Court that Singh apprehends a threat to life from Mumbai Police if he steps foot in Maharashtra and should be granted interim protection. The Court also noted in its order that the facts of the case are very disturbing and the battle between the former Home Minister and the former Mumbai Police Commissioner has become “curiouser and curiouser”.

On November 18, the apex court said that it will not hear a plea filed by Singh challenging the inquiries initiated against him by the Maharashtra Government until the absconding officer discloses his whereabouts to the Court. “No protection, no hearing till we have an answer to the question – where are you,” the Bench had asked.

Singh has remained absconding for the past few months and a Mumbai court had last week allowed a plea by Mumbai Police to declare the officer as ‘proclaimed offender‘. The Supreme Court had, on Thursday last week, expressed doubts about whether Singh had escaped the country.

“Your petition has been filed by your power of attorney holder. Where are you? Are you in the country or outside? We could be wrong but if you are somewhere abroad and waiting for Supreme Court orders, how can we give it?” the Court had demanded Param Bir Singh’s lawyer to disclose the client’s whereabouts by Monday.[1]

The controversial senior IPS officer was absconding from June and was last seen at his home town Haryana in July. Many believed he had crossed into Nepal by September when the Maharashtra Government initiated several cases against him for extortion. 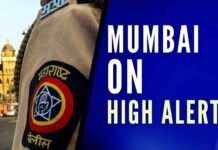 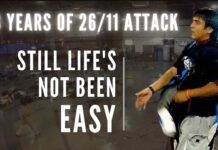