[dropcap color=”#008040″ boxed=”yes” boxed_radius=”8px” class=”” id=””]T[/dropcap]he social media, FM Radio stations and the vernacular electronic media with their colourful expressions have had a ball after India lost the last match and with it the ODI series 2-3 to South Africa in Mumbai. India captain Mahendra Singh Dhoni looked unruffled when he faced the post-match media grilling. Asked where and when things went wrong, he smiled at the media persons and said, after 438 where can you put your finger on any particular point. He could have easily said the toss decided the match, but he didn’t, though he looked unhappy with the track for not taking into consideration India’s strengths.

One of the stories, true or apocryphal, that went viral was India team director Ravi Shastri cheekily complimented Wankhede Stadium curator Sudhir Naik with the choicest expletives for giving a great pitch. Naik, in turn, is believed to have shot back, saying he, too, played Test cricket and knew his job. He also threatened to complain to the cricket board. One FM station added a dash of its own pep, the DJ crooning Naik’s retort: “Nayak nahin, khalnayak hun mein.”

The same Naik, a former India opener and just retired fast bowler Zaheer Khan’s coach, got kudos for preparing the pitch for the 2011 World Cup final which India won. On another occasion, off-spinner Ravichandran Ashwin had a dig at Naik, saying he felt cheated by the lack of turn and bounce on the pitch for the Test against the West Indies in 2011. That, after taking nine wickets and scoring a hundred!

[dropcap color=”#008040″ boxed=”yes” boxed_radius=”8px” class=”” id=””]N[/dropcap]aik is right – the bowlers nowadays look for pitches to turn for them, not being able to bowl on good, hard tracks. It’s a matter of adjusting line and length. He had the last word, if the pitch starts turning from the first day itself, the match will be over in two-three days and then he would be blamed for preparing a cart-track for a Test match! Damned if you do, damned if you didn’t!

The Twitter one-liners are hilarious as usual, but seriously the South Africans literally batted India out of the game, and as feared the toss played some part in the outcome. That’s only in part — what about tactics, bowling and fielding? No point talking about batting because the match was over before the Indians went in, though some eternal optimists believed that the asking rate was something which teams in the Indian Premier League routinely achieved!

To pin everything on Dhoni for the team’s terrible showing is also unfair. It would be interesting to know who was the brains behind the strategy to ask Bhuvaeshwar Kumar and Mohit Sharma to bowl consistently short and mostly from round the stumps, particularly to the left-handers. It worked for a while when they bowled to the lower-order batsmen but to expect quality batsmen like Quinton de Cock, Francois “Faf” du Plessis or that greatest striker of the cricket ball Abraham Benjamin “AB” de Villiers, to repeat their mistakes, like the Indians do, is asking for too much.

Yes, De Villers twice got out to a similar stroke, trying to smash bouncers, but his dismissal helped India win in Chennai but in Mumbai he got out after hitting a hundred and making sure the game was in his pocket.

[dropcap color=”#008040″ boxed=”yes” boxed_radius=”8px” class=”” id=””]I[/dropcap]t is difficult to believe that Bhuvaneshwar Kumar used his brains to bowl the way he bowled. Surely he must have bowled the kind of stuff he bowled under instructions. The think-tank of the team and he himself should have known the kind of bowling he was made to do was not his cup of tea. His forte is to swing the ball and he should have stuck to what he knows best. He looked pathetic getting clubbed all over.

There is no point saying that India missed Ashwin, the South Africans did not have the services of their most potent bowler on Indian pitches Morne Morkel and in-form all-rounder Jean-Paul Duminy for half the tournament for the same injury reason.

You can’t be talking about what you don’t have, a batting all-rounder at No.7. Don’t forget Ashwin and Harbhajan have Test hundreds, but in the One-Day context, they can only get a handful of runs, not whirlwind 50s to win matches. Start playing all those who have done well for India A more than looking at IPL stars.

[dropcap color=”#008040″ boxed=”yes” boxed_radius=”8px” class=”” id=””]T[/dropcap]alking of IPL, the batsmen these days have started playing T-20 shots even in Tests, hitting on the up and reverse-sweeping. It is just that they can’t restrain themselves. See how the batsmen are trying to chase the wide deliveries to slash or sweep or pull at the sight of seeing the ball pitched short. Look at the ungainly shot Virat Kohli played, but you can’t blame him in yesterday’s situation.

Like Rohit Sharma, Virat is also finding newer ways to get out. Have a look at his IPL clips and you will know how many times Virat got out to strokes he is not known to play. Both he and Rohit should realise class should be consistent. The same goes for Shikhar Dhawan. It is not enough to have a big heart and repertoire of strokes, a look at ironing out flaws is a must.

Now the two teams will renew their rivalry in Tests and that’s another ball game altogether. The Indians will have to regroup and make a fist of the series. 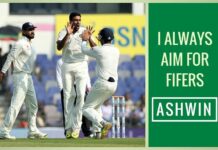 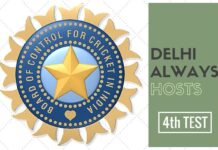 Jaitley and Co. may have to answer a few Qs...