The second wave of Covid turning into chaos

For the past two weeks, the largest democratic country in the world, India, is witnessing a macabre COVID-19 second wave leading to more than 30,000 deaths and around 30 lakh patients in April 2021 alone. Shocking visuals emerge from patients’ filled hospitals with chaos in the supply of oxygen cylinders, acute lack of medicines and 24×7 burning crematoriums. What went wrong in India, which a few weeks ago was chest-thumping and exporting vaccines to more than 60 countries? Prime Minister Narendra Modi even went to the extent of boasting victory in the war against Corona! The simple answer is that from November 2020 onwards, India took the pandemic lightly and many thought the issue is over like a kid playing near the seaside underestimating the next strong hidden wave.

From the Bihar assembly elections in November 2020, we have seen mass campaigning violating all COVID-19 protocols. By February 2021, when Covid daily cases went below 6000 patients in total across the country, all the specially designated Covid Care centres were closed, and the country was witnessing a vaccination spree. But statistics tell us that as of date, India has vaccinated only 14.52 crores (145 million) and out of which only 2.26 crores (22 million) were fully (second shots) vaccinated. This is a very low vaccination coverage in a country like India with more than 136 crores (1.36 billion) population. Now Modi is facing severe criticism for exporting more than 6.6 crore (66 million) vaccine shots to 60 countries till March 2021, when the country had only vaccinated around 4 crores (40 million) people. Now many are facing vaccine shortages for the second dose and the situation could be serious when the country is opening up vaccination for all above 18 years of age from May 1.

The Covid Protocols were thrown to the wind in March-April when five states – West Bengal, Tamil Nadu, Assam, Kerala and Puducherry went for assembly elections.

The many states and the Centre are engaged in bitter court battles in different High Courts and Supreme Court also took up the matter on the issue of acute oxygen supply, lack of infrastructure in hospitals and medical supplies. We must admit that there is a lack of coordination between states and the Centre and it shows up worse in opposition parties ruled states like Delhi, Maharashtra, Punjab. In some BJP-ruled states such as Gujarat, the Prime Minister’s home state is also in a bad mess.

The Covid protocols were thrown to the wind in March-April when five states – West Bengal, Tamil Nadu, Assam, Kerala and Puducherry went for assembly elections. Many politicians including the Prime Minister and Union Home Minister Amit Shah was at the forefront of fiery election campaigns where 100s of rallies were conducted. In a nutshell, apart from a relaxed behavior in the system, governments and as well as the public in general, there was a lack of coordination between the agencies when India decided to increase the testing and tracking. It is natural that when testing and tracking increased, more patients will be found. But hospital and medical infrastructures were not upgraded to accommodate the patients. Not only that, by February 2021, many Covid Care centres were closed!

Now we are seeing chaos everywhere. There are systemic problems in India like over-centralization in policymaking. In Covid times Prime Minister and his office were handling the machinery in a centralized way. But centralization has now been proved wrong and decentralization is the only way to handle affairs in India, World’s largest democracy, with more than 136 crore population. Let us hope and wish India will overcome this Covid second wave crisis also. 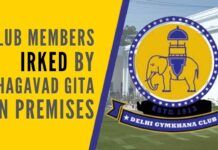 MoHFW on vaccine: Over 21.65 cr unutilized doses still available with...