At the National Palace in Mexico City, Pena Nieto unveiled the new package of laws that increases oversight of politicians, by a citizens’ committee to be established, and provides for stiffer penalties against corruption.

The package of seven laws demands that public servants declare their tax-paying information, their wealth and any potential conflicts of interest.

Pena Nieto expressed the hope the mechanism will restore public confidence in the government, assuring Mexicans of a difference to be made.

“We will work to eradicate abuses by those who do not obey the law, ” he said.

Meanwhile, Pena Nieto used the occasion to offer “my profound and sincere apology for the offense and indignation I have caused” over his wife’s purchase of a luxury home worth seven million U.S. dollars from a government contractor.

Pena Nieto admitted he “made a mistake” in the deal exposed by media reports in late 2014. He said “this error affected my family, hurt the presidential office and hurt confidence in the government.”

A government-sponsored investigation later found no conflict of interest in the purchase.

The official leading the probe resigned earlier on Monday as head of the public administration department.

[dropcap color=”#008040″ boxed=”yes” boxed_radius=”8px” class=”” id=””]E[/dropcap]duardo Bohorquez, director of Transparencia Mexicana, one of the non-governmental organizations behind the new set of anti-corruption rules, said the new system is a step forward, while describing corruption as “an open wound” and a tax “Mexican homes pay every day” in the country.

“Thirty-three percent of the income of a family on minimum wage goes towards the payment of bribes for access to services,” he added. 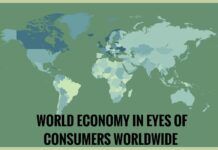