Putting end to all speculations, Mukesh Ambani led Reliance Industries on Wednesday declared that they had dropped the proposal of acquiring Subhash Chandra lead, Zee. Statement from Reliance came hours after the Zee Entertainment Enterprises Ltd’s (ZEEL) biggest shareholder Invesco named it as a firm that could help revive the television company’s fortunes. Invesco is a London-based investment company having more than 17% shares in the Zee Group and it is now bickering with the Chandra family.. Reliance made it clear that in February 2021, Invesco initiated talks on the acquisition of ZEEL and it media reported that the deal was worth Rs.10,000 crore.

But here question that hangs fire at large is why the British company wanted to replace Subhash Chandra and family and now the Reliance statement makes it clear that they don’t want to unsettle the Chandra family at all. So who is behind Invesco to unsettle Subhash Chandra, who is facing financial troubles in his other business like Infrastructure?. Now Mukesh Ambani made the position clear accepting that the Chandra family can’t be changed from the legacy of Zee Group, which is the early bird in the TV industry in India.

Reliance wanted to retain the existing management including Goenka, whose removal has been sought by Invesco, the largest shareholder in Zee.

“In February/ March 2021, Invesco assisted Reliance in arranging discussions directly between our representatives and Mr. Punit Goenka (son of Subhash Chandra), member of the founder family and Managing Director of Zee,” said Reliance in a statement. “We had made a broad proposal for merger of our media properties with Zee at fair valuations of Zee and all our properties,” added Reliance.

Reliance wanted to retain the existing management including Goenka, whose removal has been sought by Invesco, the largest shareholder in Zee. “Reliance always endeavours to continue with the existing management of the investee companies and reward them for their performance. Accordingly, the proposal included the continuation of Goenka as Managing Director and the issue of ESOPs to management, including Goenka,” it said. But “differences arose between Goenka and Invesco” on “a requirement of the founding family for increasing their stake by subscribing to preferential warrants.”

“The investors seemed to be of the view that the founders could always increase their stake through market purchases,” the statement said. “At Reliance, we respect all founders and have never resorted to any hostile transactions. So, we did not proceed further,” said Reliance.

Earlier in the afternoon, Invesco, the single largest shareholder of Zee Entertainment Enterprises Ltd (ZEEL), on Wednesday said it had tried to facilitate a possible deal between Reliance and the company but refuted claims it had pushed for the transaction at a lower valuation. The latest statement from Invesco comes a day after ZEEL chief Punit Goenka told the company’s board that Invesco had come with a proposal in February for a merger with certain entities owned by a large Indian group (Strategic Group) with inflated valuation “by at least Rs.10,000 crore”.

In the continuing battle between the promoter family and Invesco, ZEEL, on Tuesday, said its MD and CEO Punit Goenka has informed its board about a proposal made by Invesco about the merger, under which the Strategic Group (Reliance) would hold majority stake but he was offered to be appointed as MD & CEO of the merged entity besides offering 4 percent stake.

ZEEL had alleged that Invesco’s stance in their open letter that they “will firmly oppose any strategic deal structure that unfairly rewards select shareholders, such as the promoter family, at the expense of ordinary shareholders”, runs contrary to the very deal Invesco was proposing itself a few months ago.

So for now, media baron Subhash Chandra won the battle against Invesco. But here the question is why British investor wanted to displace the Chandra family? Is it due to the recent year’s bad financial performance of the Chandra-led firms or someone in India eyeing the Zee Group using British investment firm Invesco? 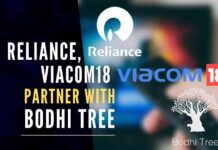