Shankar Singh was my neighbor in San Jose, California, till a few years back. He was part of the Indian Army which had counter-attacked Pakistan in the 1965 war and was camped just 4 kilometers outside of Lahore. Shankar-paji often spoke of the huge disappointment of the Army when they were asked to withdraw back to India after having fought ferociously, inch-by-inch, to gain territory.

To add insult to injury came the news that within 12 hours of signing a Peace agreement with Pakistan, India’s Prime Minister (PM) Lal Bahadur Shastri was no more, having died of an apparent heart attack. Even though it had been clearly established that Pakistan was the instigator of the attack, somehow Shastri was convinced to give back all the captured territory. Perhaps the enormity of what he had done was weighing on his mind when he settled down for the night and within hours, he was gone.

Many questions arose on the sudden and mysterious death of the beloved PM. People who saw the body exclaimed that it had turned Blue and had White spots on it, with cut marks on his abdomen and the back of his neck[1]. As part of procedure, the Prime Minister is examined by his physician every day in the morning for any symptoms of ill-health. Dr. RN Chugh, the PM’s personal physician, accompanied him on this trip to Tashkent and claimed that Shastri was in perfect health on the morning of the signing of the accord. If this is curious, there is more…

Inquiry before the Parliamentary Body

In 1977 (why did the Govt. wait that long?) a parliamentary body was formed to go into the mysterious death of Lal Bahadur Shastri but the two key witnesses, Dr. Chugh and the PM’s servant Ram Nath died in two different accidents, without giving their testimony!

When will the truth about this emerge? 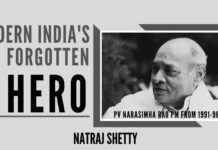 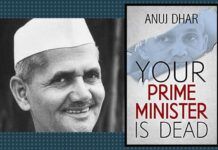 Book Review: Your Prime Minister is dead by Anuj Dhar