[dropcap color=”#008040″ boxed=”yes” boxed_radius=”8px” class=”” id=””]K[/dropcap]arnataka’s cultural capital is all decked up for the finale to the 10-day Dasara celebrations. Though the “nada habba” or state-sponsored celebrations have been kept low-key in view of the drought situation across the state, the city is set to host the world famous “Jamboo savari”, a victory procession of caparisoned elephants in the lead on Vijaydashmi day, marking triumph of good over evil.

With titular Maharaja Yaduveer Krishnadatta Chamaraja Wodiyar ascending the golden throne and performing rituals over the last nine days, the decorated and illuminated Amba Vilas Palace in the city centre has been the centre of attraction, drawing thousands of people, including tourists.

“The palace is humming with activity and full of life as its royal family’s portion, including the private durbar has been opened up for public view again,” a palace official told IANS.

[dropcap color=”#008040″ boxed=”yes” boxed_radius=”8px” class=”” id=””]T[/dropcap]he sudden demise of Srikantadatta Narasimharaja Wodiyar on December 10, 2013 at the age of 60 years plunged the royal family and the city in grief and the Dasara fest celebration in 2014 was a subdued affair. On the ninth day (navarthri) of the fest, Yaduveer on Thursday worshipped the royal armoury, the throne, artifacts, a dozen cars, elephants, horses and cows in the palace, marking ‘Ayudha puja’.

“The day-long rituals were witnessed by royal family members, invitees and about 1,000 people. A dozen priests of the palace temples performed guided the scion in conducting the ceremonies,” the official said.

Clad in royal robes and sporting the royal headgear, Yaduveer led a victory parade in the sprawling palace premises.

[dropcap color=”#008040″ boxed=”yes” boxed_radius=”8px” class=”” id=””]C[/dropcap]hief Minister Siddaramaiah will flag off the 23 tableaux colourful procession at the auspicious hour (12.30 p.m.) in presence of the royal family, including dowager queen Pramoda Devi and Yaduveer. After passing through the city through the 5 km route, the procession will culminate at Bannimantap grounds, with the torchlight parade and fireworks after sunset.

“Idol of goddess Chamundeshwari, deity of the royal family, will be placed inside the 750 kg golden howdah atop the main jumbo Arjuna, who will lead the victory procession,” the official added.

Note:
1. Some of the content is used from IANS
2. Text in Bold points to additional data on the topic. 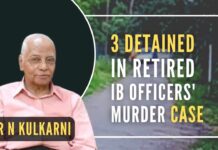 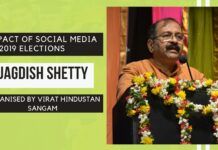 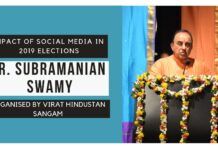