Modi government’s fight against COVID-19 has turned into a means of persecution of Indian minorities.

The secular lobby is up in arms. How dare the news television channels to focus so much on the role of Tablighi Jamaat in spreading the Coronavirus cases across the country? How can they hound its chief Maulana Mohammed Saad as if he were a convicted criminal? Are new channels not promoting Islamophobia among the people by consistently harping on the Jamaat? Isn’t this a conspiracy by a section of the electronic media, backed by the establishment, to malign the entire Indian Muslim community?

This is exactly what the likes of Maulana Saad and his band of supporters, and all those ‘experts’ who make a living out of propagating victimhood on behalf of the Muslims, want. Rattled by the criminality of the Jamaat and its head cleric, and unable to credibly defend it, these apologists needed a diversion. And what better than the argument that the Modi government’s fight against COVID-19 has turned into a means of persecution of Indian minorities. This devious line is being robustly promoted by certain journalists, civil society leaders, and political parties.

Maulana Saad organized a congregation of Tablighi Muslims in Delhi in violation of orders issued by the Delhi government against such gatherings in the wake of the Corona pandemic.

The agenda of these characters is no secret, and in normal times they could have been ignored. In the given situation, however, it is necessary to address the issues they have raised. All of us, who watch news channels, will vouch for the fact that nearly every single channel has reported on the contribution of the Tablighi Jamaat’s congregation held in Delhi, to the overall COVID positive cases in the country. Are we to suppose, then, that all of these channels are biased? Official figures are out in the public domain, and they say that close to 35 percent of the total cases nationwide are directly associated with the Jamaat gathering. It, therefore, makes eminent news sense for the channels to remain focused on the Jamaat angle. How is that communal?

Maulana Saad is being hounded not because he is a Muslim cleric, but because he proceeded with a brazenly criminal act and made stupid remarks. He organized a congregation of Tablighi Muslims in Delhi in violation of orders issued by the Delhi government against such gatherings in the wake of the Corona pandemic. The officer in charge of the relevant police station too had warned the Jamaat representatives in a meeting which he held with them — and which was video-recorded — that the organizers should get the premise vacated of the visitors. That directive too was flouted. The Maulana said, in videos that were circulated in the public, whose veracity was not denied by the Jamaat — that Muslims must continue to visit mosques and offer community prayers despite the pandemic, and that the best place to die was a mosque.

The media cannot be accused of wrong intent in its continuous focus on the Tablighi Jamaat. It is the conduct of the Jamaat members and supporters which is responsible. Despite appeals, people who attended the congregation refused to come before the authorities, identify themselves, and get tested for the pandemic. Instead, they spread out across the country, and merrily continued to spread the disease. Some of them hid in various mosques, others found shelter in the homes of supporters and sympathizers.

If this was irresponsible behavior, what else happened was shocking. Jamaat people who were rounded up and put in quarantine facilities in hospitals, were rude with the medical staff, spitting on them and threatening them physically. The Jamaat’s also misbehaved with the female nurses. Reports came from various parts of the country of medical and police staff being pelted with stones in localities where these Corona warriors had gone to persuade people to come forward for testing. These localities were minority-dominated and the suspects rounded up too have been largely from the minority community.

Why is Islamophobia being invoked? Is Jamaat equal to Islam? Can Islamophobia theorists explain what portion of the Muslim population in India is aligned with the Tablighi Jamaat?

Public anger over the Jamaat’s antics is justified. The seculars see the outrage as anger against the Muslims. But there have been several prominent Muslims, clerics and otherwise, who have condemned the Jamaat and Maulana Saad, and castigated them for promoting a wrong version of Islam. Are these sensible people also anti-Muslim? If there is anti-Muslim sentiment in certain sections of the population in the wake of the Jamaat incidents, it is because of the refusal of the Jamaat to apologize for its wrongdoing. It is because of Maulana Saad’s outrageous comments and his going underground. It is because of the Jamaat’s behaviour in hospitals and on the streets. It is not news channels, and not segments of the majority community, that should be held responsible for the so-called Islamophobia, but the Jamaat and all those that have either backed it or not condemned it enough.

In any case, why is Islamophobia being invoked? Is Jamaat equal to Islam? Can Islamophobia theorists explain what portion of the Muslim population in India is aligned with the Tablighi Jamaat? The Jamaat itself has been divided into two factions, and one group actually decided not to hold the congregation while the Saad factions went ahead with it. But there is Jamaat-phobia for sure. And that is valid. If and when the government launches a thorough probe into the Saad-led Tablighi Jamaat’s activities, a lot many skeletons could tumble out. 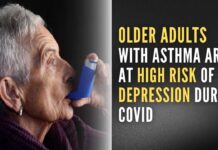 Older adults with asthma at high risk of recurrence of depression during Covid: Study 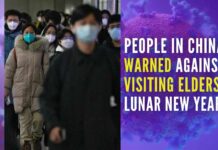