[dropcap color=”#008040″ boxed=”yes” boxed_radius=”8px” class=”” id=””]T[/dropcap]he NDA government has agreed to provide central funding for the core Centrally Sponsored Schemes (CSS) to the northeastern states with the same ratio as earlier, an official said here. The chief ministers of the eight northeastern states ruled by the Congress, Left and regional parties, through a unanimous resolution, had earlier urged Prime Minister Narendra Modi to maintain the special category status for their states.
The funding pattern for the special category was in the ratio of 90:10, where 90 percent of the total expenditure was borne by the central government and 10 percent contributed by the state concerned.
There are 11 states in India clubbed under the special status category – the eight northeastern states, Himachal Pradesh, Jammu and Kashmir and Uttarakhand.
“Union Minster of State for Finance Jayant Sinha said that the central government has mostly resolved to keep on with the 90 to 10 ratio funding pattern for 17 Core CSS and would follow the 80 to 20 ratio pattern for non-core CSS schemes for the northeastern states,” an official of the North Eastern Council (NEC) told IANS.
“The funding pattern would be retained based on the recommendations of the Shivraj Singh Committee formed to study the funding pattern for the northeastern states.”
The union minister held a meeting with the senior officials of all eight northeastern states, NEC, Ministry for Development of North Eastern Region (DONER) in Meghalaya capital Shillong on Monday and reviewed the performance of Pradhan Mantri Jan Dhan Yojna, CSS and other centrally sponsored programmes and projects.
“The minister said for the development of the northeast, money is not a problem. The DoNER ministry has funds of Rs.2,369 crore while the World Bank is ready to provide funds for the development of the region,” the official added. 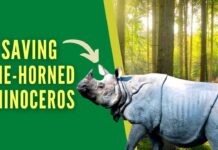 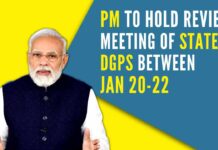