[dropcap color=”#008040″ boxed=”yes” boxed_radius=”8px” class=”” id=””]P[/dropcap]resident Barack Obama repeated a call for gun controls reforms as another deadly mass shooting in Southern California left as many as 14 people dead and another 14 injured.

Hours after the mass shooting at a centre for people with developmental disabilities in San Bernardino, 60 miles east of Los Angeles, with a population of just over 200,000 people, two suspects were fatally shot in a gun battle with police.

The suspects — a man and a woman — had assault-style rifles and handguns, San Bernardino Police Chief Jarrod Burguan told reporters. They were dressed in what he called assault style clothing.

A third person was detained close to the scene of the shootout, but it is possible he is not connected to the shootings, Burguan said.

It was the 352nd mass shooting in the US this year, according to the Mass Shooting Tracker, compiled by Reddit users, which defines “mass shooting” as four or more people either killed or injured, including the gunman.

However, in a 2014 report, the FBI which defines “mass killings” as “three or more killings in a single incident” said it had identified a total of 160 “active shooter” incidents and only 43 “mass killings” between 2000 and 2013.

“We have a pattern now of mass shootings in this country that has no parallel anywhere else in the world,” Obama told CBS News.

[dropcap color=”#008040″ boxed=”yes” boxed_radius=”8px” class=”” id=””]T[/dropcap]”here are steps we can take to make Americans safer.to make these rare as opposed to normal.” Instituting background checks for people hoping to purchase a gun was among the measures suggested by a visibly emotional Obama in a short interview.

Earlier police said they were hunting as many as three suspects, who had fled in a black SUV.

The residential area not far from where the shooting at the Inland Regional Centre occurred was flooded with law enforcement following a chase that ended with police and the suspects exchanging gunfire.

Burguan described the suspects as “people that came prepared. … They were armed with long guns, not hand guns,” he told reporters.

“I know one of the big questions that will come up repeatedly is ‘Is this terrorism?’ I’m still not willing to say that we know that for sure,” David Bowdich, an assistant director for Los Angeles FBI’s office told reporters.

“We are definitely making some movements that it is a possibility,” he said.

Reacting to the shooting Democratic presidential frontrunner Hillary Clinton tweeted: “I refuse to accept this as normal. We must take action to stop gun violence now.” 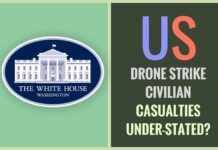 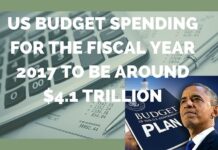