Christian missionary Bishop Caldwell, in his most popular work, claimed that Tirukkural “teaches the old Sankhya philosophy,” a Vedic darśanā (roughly translated as a school of philosophy). Yet the anti-Tamizh Dravidian movement has no qualms to institute a statue for him at the Marina Beach in Chennai, while simultaneously rejecting any relationship between Tamizh and Sanskrit.

So far Tirukkural, an outstanding Tamizh work of great depth and the highest brevity, has been ignorantly thought of as a “mere” collection of unordered, almost random, aphoristic verses. In fact, it is akin to Tolkappiyam (the oldest extant Tamizh text) in following the style of many ancient Vedic texts; that is, the form of Sutrās (Venbās).

Kural is the essence of the four Vedas (3); fits the four Purusharthas (as per Dharma Śastras) in three arthas, divisions (19); the truth that is in the Vedas is in the Kural given by the incarnation of Brahma himself (28) – cf. the King Ukiraperu Vazhuti as well made the same comparison writes Dr Nagaswamy

TAMIZH UPANISHAD: Now, Dr Nagaswamy has shown unequivocally that the Sutra style used in the composition is not the only similarity to the Vedic texts. Its entire structure, the order in which it deals with the various subject matters, is also thoroughly in accord with the Hindu Veda-Agamic tradition. To have missed this beautiful structure for so long is the greatest disservice done to the work and Tamizh language by the self-proclaimed aficionados of one of the foundational languages of Bharatiya civilisation (Samskriti). Perhaps these fanatics saw only their own poorly formed intellect in it, which is a random mess indeed.

SELF-HATE MOVEMENT: The source for this confusion is the ignorance of these pseudo-intellects of many of the traditional commentaries available on the text which acknowledge the close kinship with the Vedic Śastraic texts. (கி.வா. ஜகந்நாதன் 2004) The primary reason being a wanted ignorance of Sanskrit texts and the unwarranted reliance on shallow translations and commentaries of Christian missionaries, such as G U Pope. The ridiculousness of relying on a non-native student of the language for understanding one’s own mother tongue shows the psychological state of the so-called “self-respect movement” in Tamizh Nadu. To quote a few of the couplets from the traditional view as expressed in a eulogy on Tirukkural written by a collection of authors from great antiquity (obviously ignored by the “self-hate movement”):

Tiruvalluvamalai verses (numbers in parentheses): Kural is the essence of the four Vedas (3); fits the four Purusharthas (as per Dharma Śastras) in three arthas, divisions (19); the truth that is in the Vedas is in the Kural given by the incarnation of Brahma himself (28) – cf. the King Ukiraperu Vazhuti as well made the same comparison writes Dr Nagaswamy (Nagaswamy 2017: 111); which is more beautiful, the earliest text of Vedas or Kural which captures all their essence? (32); since ancient text of Vedas are difficult to understand Kural distils their essence for universal comprehension (33); since the highest truth of Vedas are contained in Kural the world is kept in the righteous path (37); whatever is fit for Manu and the rest of the Dharma Sastras alone is included by Tiruvalluva Nayannar (38); Kural is a Tamizh commentary on the essence of Vedas (42); the gist of all the Vedas and the six Darśanas are in the Kural (44).

The Kural starting with Akśaram corresponds with the Dr Nagaswamy’s identified structure of Tirukkural. It signifies the start of Bramaçarium (the phase of studentship in one’s life) which usually starts on the Vijayadasami Day even today, with the ritual of the child sat on the lap of the father and writing the first alphabet of their respective Indic languages (अ – அ – A).

ARCHAEOLOGICAL EVIDENCE: Even non-textual evidence attests to such a mutually influential connection between the Tamizh and Sanskrit traditions. For example, Sangam-era Chera copper coins which were excavated from Karur in Tamizh Nadu there is an elephant that is shown to emerge from the seas. In fact, this motif is there across many such coins excavated across various parts of South India. This corresponds to none other than Iravatham, the elephant mount of Indira, which is considered to have emerged from the seas during Samudra Manthan. (இரா. நாகசாமி 2010)

STRUCTURE OF DHARMA ŚĀSTRAS AND THE KURAL: The Dharma Śastras divide the stages of life into different Aśramas (Brahmaçariam, Grahastam, Vānaprastam, Sanyāsam) and they are guided by the different goals of life, Puruśartha (Dharma, Artha, Kama and Mokśa; the first three being addressed as Trivarga in Sanskrit and Muppal in Kural’s commentaries and other Tamizh texts) each four in number (the same classification and interestingly the same order is as well followed in Kural). Varnaśrama is the merit-based classification of professions and aptitude-based assigning of professional responsibilities to people. This is also followed in Kural. Nīttar Perumai is the chapter on Brahmaçariam (the studentship stage in life where celibacy is practised). Sadly, in spite of a separate chapter on renunciation (Sanyās) by Tiruvaḷluvar later in the text, this chapter is confused with renunciation simply because celibacy is a characteristic feature at this stage of life as well. (Nagaswamy 2017: 71, 97) Why would such a work, one of the highest brevity, repeat concepts? The kama and Artha chapters follow the layout of Artaśastra and kāma Śastra (for example, Samyoga and Vipralambha corresponding to kalaviyal and karpiyyal). The style of the third section of the text, on kāma, is in the form of a dialogue for stage performance, similar to Silapatikaram. It follows the prescriptions of the Sanskrit text of Bharata and is similar to the Aham collection of Sangam literature. (கி.வா. ஜகந்நாதன் 2004; Murali KV 2017)

Even a 1960s Dravidianist Mu. Va. categorically states that the third section of the Kural dealing with kāma as the subject is a Nātaka Kāvya, citing medieval texts as well as evidence. He even cites Anand Coomaraswamy. How refreshing for a Dravidian ideologue. In other words, it follows the Bharata’s Nātyaśastra’s nātyadārmi format (Agam) and while lokadārmi format is followed by Sangam literature such as Puram family. (கி.வா. ஜகந்நாதன் 2004)

COMMON CONCEPTS, IDIOMATIC PHRASES AND CONTEXTUAL USE OF WORDS: Dr Nagaswamy also points out how certain traditional manuscripts of Manu define Aryavartā as the land between the mountain and the seas including the present day Tamizh Nadu, up to Kanyakumari. Even in Sangam literature, the Bharatiya dēsam is considered from the Himalayas to Kumari and the Tamizh speaking region being between Tirupathi (Tiruvengadam) and Kanyakumari (Kumari). (Nagaswamy 2017: 35)

Agaram in Tamizh is Akkaram in Prākrit and Akśaram in Sanskrit, explains Dr Nagaswamy. Here his epigraphical and multilingual skills come in to play, which has been either ignored by, or simply unknown to, the Dravidian racists (sepoys) and their Christian colonial masters. So the first word in the first Kural itself is a pan-India symbol of a common civilization shared amongst diverse landscapes, cultures, and languages.

According to a medieval commentator on the text, Parimelazhagar, the phrase ஆதி பகவன் (Ādi Bagavan) is a Sanskrit construction, as Tamizh Sandhi construct will be written as ஆதிப்பகவன். (கி.வா. ஜகந்நாதன் 2004) So the unity across Tamizh and other Indian languages, including Sanskrit, has been continuously acknowledged until the recent Christian colonial rule. Interesting to note that how come a theology that does not believe in God (Jainism) be the belief system of Tiruvaḷluvar if the first Kural is considered a worship of the God? In fact, if going by the argument that the phrases used in Kural, namely அடி சேர்தல், தாள் சேர்தல், தாளை வணங்காத்தலை, இறைவன் அடிசேரல் does mean God (இறைவன் = God) then how can Jainism (which followers believe in the concept of Tīrtankaras, realised souls, but not God) be the religion of Tiruvaḷluvar? It only goes to expose the lack of academic integrity and a general dishonesty in such scholars. (Nagaswamy 2017: 41)

The Kural starting with Akśaram corresponds with the Dr Nagaswamy’s identified structure of Tirukkural. It signifies the start of Bramaçarium (the phase of studentship in one’s life) which usually starts on the Vijayadasami Day even today, with the ritual of the child sat on the lap of the father and writing the first alphabet of their respective Indic languages (अ – அ – A). This is the beginning of the Aśarama (ஆசரம்; stage) of life called Bramaçarium. In fact, the previously seen phrases correspond to the respect given to the Guru in Bramaçarium, namely prostrations to the Guru (pada ṣparśa) and humility in the presence of the Guru.

“Valluvar was the unparalleled integrator of this country, 2000 years ago, but it is a pity that his role has not been properly focused.” writes Dr Nagaswamy

That man is to be known as having subjugated his sense-organs, who, on having heard, or touched, or seen, or tasted, or smelt, anything, neither rejoices nor grieves. (www.wisdomlib.org 2016a)

The householder (Grhastha) stands as the support (वर्तन्ते – நின்ற துணை) for all the other Āśramas as the creator of wealth. This interpretation is indeed verily supported by the next immediate Kural – இல்வாழ்வான் என்பான் துணை – and is in accord with the opinion of the pre-colonial commentators. (Nagaswamy 2017: 88–89)

Both the Kural and Dharma Śāstra use the same phraseology in their respective languages for the five-fold duties (yajñas) of the householder.

Where women are honoured, there the gods rejoice; where, on the other hand, they are not honoured, there all rites are fruitless. (www.wisdomlib.org 2016b; Nagaswamy 2017: 128)

The crow (काकः – காக்கை) will conquer an owl (कौशिकं – கூகை) in the daylight; similarly, the king needs to strike at the appropriate time to crush the enemy. (Nagaswamy 2017: 143)

Whoever gains wealth gains the other two Arthās of life (Trīvarga) with ease. (Nagaswamy 2017: 163)

Women of a certain profession, alcohol, and gambling will lead to the destruction of one’s wealth. (Nagaswamy 2017: 164)

It is obvious, from the above examples alone, how the order and structure flow with the information (meaning) conveyed when such a comparison is made, proving that Tirukkural is “no” random collection of pithy aphorisms as the half-literate “scholars” would like us to believe. (Nagaswamy 2017: 92–94) For the trilingual readers, this is an uncomplicated and simple, yet elegant example of the one-to-one relationship between Sanskrit texts and ancient Tamizh literature, before the arrival of the Christian colonial narrative and their sepoys.

Of course, it would be remiss not to decidedly point out that the author of the book, appropriately citing the Gita, clarifies early on in the text that the Varna prescribed in the Kural and Dharma Saśtras is not one of birth, but one achieved by by merit: गुणकर्मविभागशः (Bhagavat Gīta 4.13). (Nagaswamy 2017: 79–80)

“Valluvar was the unparalleled integrator of this country, 2000 years ago, but it is a pity that his role has not been properly focused.” writes Dr Nagaswamy. (Nagaswamy 2017: 96) So let us end this short review with that sober thought.

Murali KV. 2017. “What The Silapatikaram Reveals About The Society Which Produced It,” October 2. https://swarajyamag.com/culture/what-the-silapatikaram-reveals-about-the-society-which-produced-it. 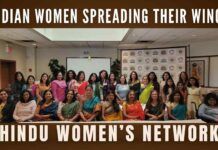 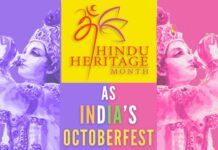