For long, Pakistan has been in denial mode about any role in running subversive activities in India, but the arrest of several of its handlers and agents during the last few days from Uttar Pradesh, Jammu & Kashmir, and Kolkata has exposed its role in fanning anti-national activities in India. The interrogation of the Pakistani spies has given shocking information that some employees of the Pakistan embassy in Delhi were also involved in operating and funding the spy network.
After the arrest of a Head Constable of the Border Security Force, the police have learned that an army jawan was also part of the racket. The twin discovery has alarmed the police, and it has decided to widen the scope of the investigation. More arrest are likely within the next few days, said top police sources said.
The tracking of the spy network has also shown that the money was routed through Saudi Arabia, UAE and Pakistan for paying to spies through Khan. “The spy network was run in a professional manner and was funded from Pakistan and ‘contacts’ in some Arab nations,” said a police officer
In the first operation on November 26 , the Crime Branch of Delhi Police arrested a Border Security Force head constable for supplying crucial documents related to national security to an agent of the Pakistan’s notorious Inter service Intelligence (ISI). The police also nabbed his relative, who is an ISI agent. The ISI-handler was identified as Kafaitullah Khan, and the BSF head constable as Abdul Rasheed.
The ISI agent was identified as Kafaitullah Khan alias Master Raja (44), a resident of Rajouri district in Jammu and Kashmir. He was supplied sensitive documents by his relative BSF head constable Abdul Rasheed, posted at the intelligence wing of Border Security Force in Rajouri itself.
“During interrogation, Khan told the police that his counterpart had asked him to get a visa done through their source employed at the Pakistan High Commission here,” Joint Commissioner of Police (Crime) Ravindra Yadav said..
While Yadav did not rule out more arrests in the case, he claimed that some employees of the Pakistan embassy were obviously in touch with Kafaitullah. However, he refused to identify them.
“Once we get some leads with further interrogation of the accused duo arrested so far, we shall have to approach the Union Ministry of External Affairs (MEA) for their permission to question staff at the High Commission’s office,” he added.
Three Special Task Force members of the Kolkata Police on Sunday arrested three persons Irshad Ansari (51), a contract laborer with Garden Reach Shipbuilders and Engineers Limited (GRSE), his son Asfaq Ansari (23) and a relative Mohammed Jahangir. The arrest came on information provided by a Pakistani national, who was arrested from Meerut in UP four days ago, for carrying out espionage activities for the ISI.
Meanwhile, on the basis of information provided by Kafaithullah and Rasheed, the Crime branch is looking for an army man who was also part of the racket. The army man is understood to have passed on sensitive documents to duo for a consideration.
The police believes that Khan, who served in Jammu and Kashmir police several years ago and later quit the job and became a library assistant in a senior secondary school at Majankote area in Rajouri district, developed a lot of contacts in the army and BSF.
He came on the payroll of the ISI in 2013 after he visited Gujaranwala in Pakistan to meet his relatives and came into contact with some rogue elements of the Pakistani establishment.
A Delhi court on Monday gave a seven-day police remand to Rasheed. 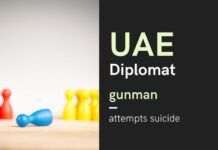