The Congress government of Ashok Gehlot in Rajasthan may have decided to re-examine the Pehlu Khan lynching case, but that does not explain why it did not intervene to strengthen the case against the perpetrators of the crime before a district court issued its order of acquitting all the six accused for lack of evidence. It appears that the State regime, as well as the legal counsel of the victim, had depended entirely on a video recording that showed Pehlu Khan been beaten mercilessly by a group of men who could clearly be identified.

That being the case, the first step the police should have taken was to seize the phone from which the video was recorded, got the recording forensically examined and submitted the evidence to the court. That was not done. The Congress was in the opposition in the State when the incident had happened, and it had then repeatedly raised questions on the manner in which the police were probing the case. But when it came to power towards the end of 2018, it did little to bring the investigations on track.

A Muslim man lynched for alleged cattle theft is big news; a majority community man was beaten to death for trying to prevent cattle smuggling deserves only a cursory mention.

There were discrepancies, the most important being the cause of death. The accusation was that the death was due to the beating, but the hospital in which Pehlu Khan was taken to, said he had died of heart failure. And yet, a post-mortem report had indicated that he had died of injuries. The prosecution failed to prove that heart failure was decisively linked to the lynching.

Even before the court verdict was out, the Gehlot government had announced that it would re-open the case. It claimed that the investigations conducted so far had been faulty. But it did nothing in that direction. Now it rests hope on the High Court, where the matter will go. Everything will depend on whether the High Court believes the death was directly linked to the lynching.

That said, there is no doubt that Pehlu Khan was mercilessly beaten up, and the accused ought to be punished for the crime. The accusation was that he was taking cattle — cow — for slaughter. Information later came in that he had bought the cattle and had no desire to slaughter them. On the surface, therefore, it was evident that cow vigilantes had not just over-reacted but all indulged in man-slaughter.

The Gehlot government has meanwhile brought in a new law to tackle the case of lynching, but the new probe will not be conducted under that law because it cannot be applied with retrospective effect. The Rajasthan Protection from Lynching Act, 2019, provides for imprisonment for life and a fine of up to five lakh rupees to those found guilty of lynching.

The legal aspect apart, the incident had been given a communal turn by critics of the BJP. On its part, the BJP had said that Pehlu Khan had been a victim of violence which should not be linked to religion. It added that the guilty ought to be punished as per law. The ‘secularists’ had exploited the Pehlu Khan case to claim that intolerance had been flourishing under the BJP-led rule at the Centre, forgetting in the process the dozens of cases of communal incidents that had occurred in the past under Congress regimes in various parts of the country, which had claimed hundreds of lives.

On those occasions, none of the secularist voices, within the political establishment, in the media, and among the rights activists, had sought it fit to claim that an atmosphere of religious intolerance existed in the country. But a few stray cases of the Pehlu Khan nature in the BJP dispensation were enough for these Cassandras to conclude that the country was hurtling towards communal strife.

These doomsayers went to town with such zeal that even the foreign media picked up the story, and depending entirely on the narrative that the negativists had promoted, the Press lost no time in proclaiming that communal harmony was under stress under the Modi government. A distorted image of India, thus, was created and propagated across the world. The usual bunch of award-returnees, left-leaning intellectuals and the rest, swung into action and tried to project such stray cases as the new normal in the BJP rule.

However, they were silent when reports of lynching or other forms of violence involving people of other communities as victims came into the public domain. For instance, a person who tried to question cattle smugglers was beaten to death. A Muslim man lynched for alleged cattle theft is big news; a majority community man was beaten to death for trying to prevent cattle smuggling deserves only a cursory mention. Cattle smuggling is rampant in the country and no secularist has even raised his or her voice on the matter. 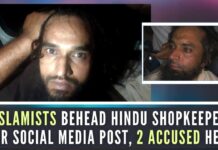 Dr. Swamy weighs in on the shifting sands that US-Iran-India relations...