British foreign travels are made to European Union (EU) destinations

[dropcap color=”#008040″ boxed=”yes” boxed_radius=”8px” class=”” id=””]T[/dropcap]he European tourism sector may be among the first to weather the storm after the sterling fell to a 31-year low amid the Brexit vote Friday.

“Statistics show that more than two thirds of British foreign travels are made to European Union (EU) destinations. Spain, France, Italy and Germany are among the most visited countries.

Italy alone receives about 12 million British tourists every year, with the majority of foreign visitors to the country being British, said Italian tourism association Federturismo.

Hotel and restaurant managers and tourism agencies all strongly believed in a Remain victory. They were shocked after the final result was revealed Friday morning.

Meanwhile, Spain is expecting a big loss, as roughly one fifth of its visitors are Britons. Tourism agencies in London said they are expecting hard years ahead.

[dropcap color=”#008040″ boxed=”yes” boxed_radius=”8px” class=”” id=””]A[/dropcap] weakened pound will put Britons at a disadvantage in paying for accommodations and travels out of the country, they said.

On Friday morning, by obtaining nearly 52 percent of ballots, the Leave camp pulled Britain out of the 28-nation European Union after a 43-year membership.

The sterling and euro were hit hard after the vote, as investors’ worries about the impact of a Brexit on Britain and the eurozone economy have soared. Sterling plunged 10 percent against the greenback.

” Robert Savage, chief executive officer of CC Track Solutions, told Xinhua on Friday that the British pound “is likely going to continue to suffer given uncertainty of politics and growth.”

Prior to the referendum, billionaire investor George Soros had predicted that a Brexit would be a catastrophe for the British economy, saying that the pound would drop by 15-20 percent.

Britain will have to continue complying with European rules after the fallout if it wants to keep access to the single market, said de Galhau.

Foreign ministers from six founding countries of the EU met on Saturday in Berlin, pushing for speedy exit procedures for Britain.

“This process should start as soon as possible,” said German Foreign Minister Frank-Walter Steinmeier after a meeting with his counterparts from France, Italy, the Netherlands, Belgium and Luxembourg.
The aim must be “not to fall into a prolonged stalemate,” he added.

While the EU pushed Britain for a quick exit, a petition to parliament calling for a second referendum on Britain’s EU membership gathered more than one million signatures by midday Saturday.

” The petition demands a change in the law to pave the way for a re-run of Thursday’s national vote. It calls for a majority of 60 percent and a turnout of 75 percent before any change in Britain’s EU membership can take place. 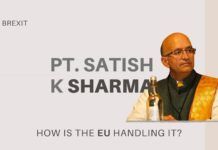 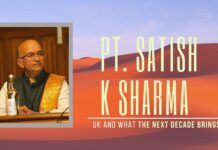 Prannoy Roy and Radhika Roy hushed up around Rs.230 crores and...