After the airport’s inauguration, PM Modi will also address a programme on Wednesday at the Buddhist site of Mahaparinirvana stupa and temple in which Sri Lankan Buddhist monks and ministers of the Sri Lankan government will take part, said the Ministry. Kushinagar is the center point of the Buddhist circuit, which consists of pilgrimage sites at Lumbini, Sarnath, and Gaya. Uttar Pradesh Chief Minister Yogi Adityanath, Governor Anandiben Patel, and Civil Aviation Minister Jyotiraditya Scindia will also
be present at the airport’s inauguration along with the Prime Minister.

The Kushinagar airport’s new terminal building, which is spread across 3,600 square meters, was built at a cost of Rs.260 crore by the Centre-run Airports Authority of India (AAI) in association with the Uttar Pradesh Government. At present, the State has two International Airports – Lucknow and Varanasi. The terminal building at this airport is capable of handling 300 passengers during peak hours, it noted.

Direct aviation connectivity with South Asian countries will make it easier for tourists arriving from Sri Lanka, Japan, Taiwan, South Korea, China, Thailand, Vietnam, Singapore to reach Kushinagar and experience the rich heritage of the region, said Civil Aviation Ministry, adding that tourism inflow is expected to rise by 20 percent with the inauguration of the airport. Journey of Lumbini, Bodhgaya, Sarnath, Kushinagar, Shravasti, Rajgir, Sankisa, and Vaishali of Buddhist circuit will be covered in lesser time after this airport’s inauguration. 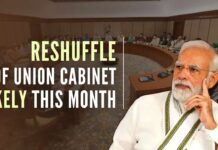 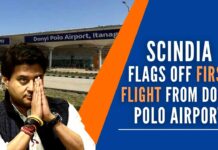