Rahul Gandhi must be cringing every time Subramanian Swamy makes a trip overseas! Details of his Bank account in England tumbled out along with the revelations that both his “pseudonym” Raul Vinci (allegedly used for security purposes) and his real name Rahul Gandhi reside at 2 Frognal Way, London NW3 6XE. We have covered this in the past about RaGa’s company Backops Limited.

Rahul Gandhi’s British nationality and company details and allegations that he may have received kickbacks in Defence deals has been extensively documented in this site and elsewhere. Here is a detailed list on where all things Rahul Gandhi stand as of now:

It is easily seen that Mr. Gandhi’s troubles are only mounting by the day. With a new session starting, one can expect Congress to do more of the same, i. e. stall proceedings. It would be interesting to see how the other Opposition parties respond.

Coming back to Rahul Gandhi’s British Bank account, a letter has been sent to Shri Karnal Singh, Director of Enforcement Directorate by Subramanian Swamy furnishing all the details and the salient pages are shown below: 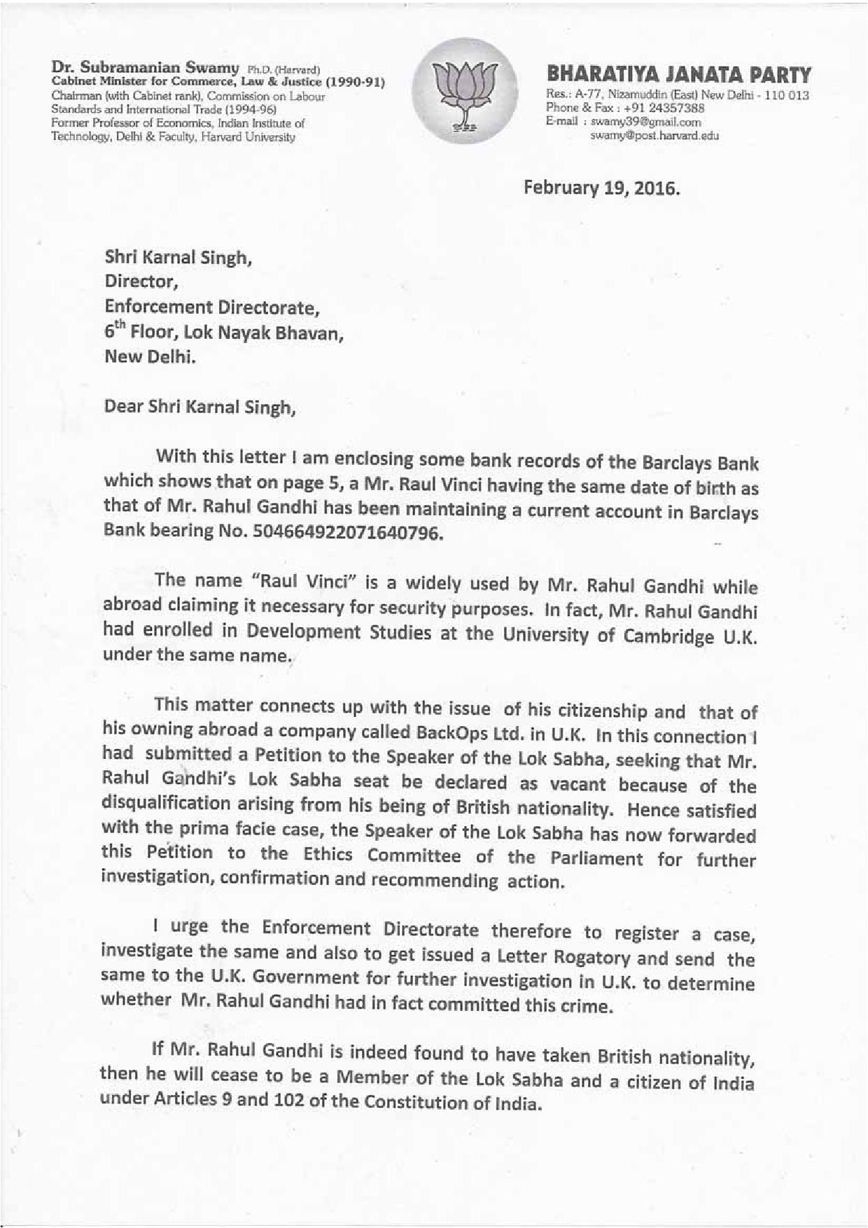 For a complete copy of the letter, click here.

RVS Mani on the origins of Tablighi Jamaat.