Normal life has been severely impacted in the flood-hit Chennai, but residents got a temporary respite as the rain stopped since Wednesday night till Thursday morning.

However, drizzle began late in the morning and the dark sky threatened more downpour. The weather department has forecast rainfall for three more days.

The central government declared the city as disaster zone.

No official toll figures were given out, but unofficial reports put the figure at about 50.

The water level on the roads and residential areas has not receded and people are facing hardships as drinking water and food articles are not available.

[dropcap color=”#008040″ boxed=”yes” boxed_radius=”8px” class=”” id=””]T[/dropcap]he Adyar river that passes through the city is overflowing as surplus water from Chembarambakkam lake is being let into the river. But, the quantum of water released into Adyar river from the lake has been reduced slightly.

People are perched on their apartment roof tops even in the heart of the city and anxiously waiting for help.

In several places the communication lines are down and power supply has been snapped.

The army and naval personnel are plying boats on the streets of Chennai and continuing their rescue efforts.

The Indian Air Force airlifted 200 people to Hyderabad. The aircraft took off from the navy’s air base INS Rajali at Arakonam, around 70 km from here.

The Southern Railways on Thursday cancelled 20 trains out of Chennai Central Station and Chennai Egmore Station and seven trains from other stations.

Several hundred passengers continue to be stranded at the railway stations.

Banks advised their customers to use the ATMs for cash as some of their branches will not be functioning on Thursday due to floods.

People in many areas have opened up their homes to the affected persons. Some distributed food packets to those marooned and hit by the floods of the past four days.

Chennai has been battling heavy rains since early November due to a low pressure area over southwest Bay of Bengal. 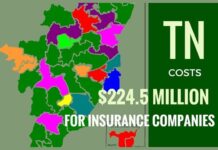 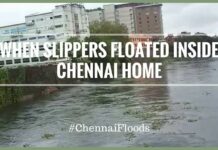