The 1984 issue cannot have full closure unless the top guns are brought to book. Will that happen, or will justice will never be delivered?

It is a small beginning but the outcome has given hopes to thousands of victims who have been waiting for justice for more than three decades. Three years after a Special Investigation Team (SIT) began investigations into 60 cases related to the killing of Sikhs in 1984, it has managed to secure the first convictions — two persons were held guilty by a Delhi court in the murder.

As many as 650 cases had been originally registered in connection with the anti-Sikh violence in Delhi. But Delhi Police had closed 267 of these as untraced. Of the remaining, five were taken by later by the Central Bureau of Investigation. In the decades that have gone by since that horrific incident, probes had been tardy and the political touring the culprits to the book was severely lacking. Half-hearted measures were taken to book senior political leaders, belonging to the Congress, but those attempts made no real headway, as even the judicial process was held hostage to delaying tactics and non-seriousness of the prosecution to pursue the cases.

In this backdrop, it was not surprising that many victims and even those who were battling for justice on their behalf were sceptical of the SIT’s success when the Government of Narendra Modi constituted the team in February 2015 to re-investigate the cases. The SIT began on a sombre note: It had to look afresh at the mounds of cases, sort out the most serious criminal ones, then identify those which had the greatest scope for a conviction based on evidence, gathered and could be gathered, and then proceed to construct a water-tight case in its favour. The SIT began with a sparse staff but over a period of time, it had gathered enough resources for the task at hand. The Union Government facilitated matters admirably fro its end.

The big fish have not been touched yet, although a slew of cases has made their way to the courts

After having identified the 60 cases, the SIT pursued them with vigour between 2016 and 2017, even fetching a witness who had relocated to Italy. Advertisements issues in the media which invited people to come forward with their pieces of evidence in the matter. That too yielded results. However, the team had a difficult task of collecting prosecutable material more than three decades of the killing. It had to submit final or closure reports in 52 out of the 60 cases it was dealing in.

Interestingly, the case which the SIT has successfully led to a conviction had been closed by Delhi Police in 1994 for want of evidence. The case had been registered with a police station in 1993 on the recommendations of a panel, based on an affidavit by the brother of one of the victims. It is this same brother who deposed before the SIT more recently and based on whose deposition the team proceeded to secure a conviction.

This in itself tells the story of the lackadaisical attitude of Delhi Police, possibly aided and abetted by the powers that be in the past decades. The SIT managed to get 18 witnesses as a consequence, all of which were cited in its charge sheet before the court. The court found the two accused guilty under various sections of the Indian Penal Code, including that of murder, attempt to murder, dacoity etc.

Encouraging as the convictions have been, there is still a long road to travers in the search for justice. The big fish have not been touched yet, although a slew of cases has made their way to the courts. Many of these continue to be active in politics, though in a muted way because of the taint they carry. Names of Sajjan Kumar and Jagdish Tytler have been doing the rounds. In 2013, Sajjan Kumar was acquitted by a Delhi court, but the matter is far from over. In the same year, a court had ordered re-investigation into the role of Tytler. That Congress regimes were not really interested in prosecuting these leaders is evident from various developments, one of them being that in 2013 the Ministry of Home Affairs actually recommended enhanced security for Sajjan Kumar — nothing less than Z-Plus!

The 1984 issue cannot have full closure unless the top guns are brought to book. Will that happen, or will justice will never be delivered? 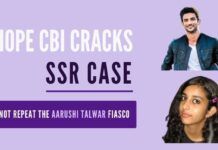