In a first, Sequoia India and Southeast Asia have raised $2.85 billion across a set of funds, including a $2 billion early-stage, venture and growth fund for India and an $850 million Southeast Asian fund, to help founders build companies from idea to IPO and beyond.

Sequoia has demarcated allocations separately for India and Southeast Asia (SEA), geography where it has been active over the past five-six years with bets like GoTo (the combined entity of GoJek and Tokopedia), One Championship, and Zilingo.

The region’s startup ecosystem has grown rapidly in the last decade, thanks to the acceleration of digital adoption and rising consumer incomes. Last year, India emerged as the third-largest startup ecosystem in the world, after the US and China. India currently has more than 100 unicorns.

This year marks the 50th anniversary of Sequoia as a global firm, 16 years in India, and 10 in Southeast Asia. It launched ‘Surge’, a 16-week programme of early-stage startups, in 2019. The programme has grown to a community of 246 founders from 112 startups across more than 15 sectors.

The company said in a statement, “This fundraise, which comes at a time when markets are starting to cool after a very long bull run, signals our deep commitment to the region and the faith our limited partners have in the long-term growth story of India and Southeast Asia.”

“Our initiatives in the region continue to reflect our desire to actively contribute to building and supporting the ecosystem in ways that go beyond capital,” said the company.

“The startup and venture capital ecosystem in India and Southeast Asia has made great strides in the last decade and will continue to mature. Valuations and velocity will move with markets,” said the company.

It added, “Sequoia Southeast Asia has over 40 people across 12 nationalities, a large portfolio of seed, venture and growth investments, and a hub for programs like Surge and Spark, all driven by a growing conviction in the potential of our markets.” 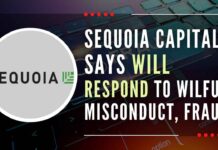 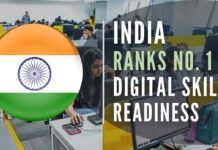 Why did the Govt dilly dally on taking action against NDTV?