With a heavy investment of Rs.40,000 crores, Chennai is all set to have a second airport. The exact location is indicated to the Centre by Tamil Nadu Govt. Either Pannur and Parandur. Chennai’s second airport is a mega infrastructural push by the Centre.

Union Minister Jyotiraditya Scindia has called for a high-level meeting in New Delhi on June 16 Thursday.

CM M K Stalin offered a tripartite solution with TIDCO and a foreign investment to meet financial assistance. 8 public sector banks are to be roped in.

Union Minister Jyotiraditya Scindia said that two sites have been identified Pannur and Parandur, and the work will start by early September 2022.

Jyotiraditya Scindia said that he is thankful to Chief Minister M K Stalin who readily agreed to depute Tamil Nadu Industries Minister Thennarasu to meet me (Scindia) in New Delhi on Thursday, June 16. Senior Officials of the Civil Aviation Ministry will be present at the meeting, where an initial strategy will be worked out.

“By 2024, Prime Minister Narendra Modi wants the second airport in Chennai, this is his dream of Modi, let me fulfill it,” said Jyotiraditya Scindia.

Before an airport is contemplated few important surveys are needed. One is Obstacle Limitation Surface (OLS). This survey has to be carried out at the two sites, Pannur and Parandur, which have been shortlisted for Chennai’s second airport because they have obstructions. Minister of Civil Aviation said that the Airports Authority of India had found to sites at Pannur and Parandur are more feasible for airport projects as per the availability of air space as the sites for free from natural obstructions but the man-made obstacles or present the size and some hazard like lakes and smoke-producing industries

Union Minister for Civil Aviation Jyotiraditya M Scindia said: “The Government of India has formulated the greenfield policy for construction of greenfield airport, for which the Tamil Nadu State government/ airport operator has to identify the site(s) and get the feasibility study conducted for the construction of the airport. The Minister also said about various expansion works that were now taken up at Chennai airport.

The Tamil Nadu Industrial Development Corporation (TIDCO) was tasked with identifying the land, and Scott Wilson Kirkpatric was appointed as a technical consultant.

A greenfield airport for Chennai requires at least 2,000 to 3,000 acres of land. Now, TIDCO will hold discussions with the State government on the next course of action for choosing a site.

The application is sent by Tamil Nadu government to the Union Ministry of Civil Aviation in the prescribed format for site clearance and in-principle approval by the steering committee.”

Thiruporur will be the closest to the existing Chennai airport in Tirusoolam and the travel time is about a little over an hour while it takes nearly an hour-and-a-half to commute from the present airport to Pannur and Padalam, Parandur will be the farthest and it will be a two-hour journey from Tirusoolam.

Before the pandemic, the city airport grappled with severe bottlenecks as the terminals couldn’t handle the traffic, with passengers bearing the brunt of it. There was no end in sight for finalizing a site for the second airport too as the possible sites were considered and there was no decision taken.

The State government has informed the Airports Authority of India (AAI) to soon delegate a team of officials for inspecting these sites and carry out a feasibility study. This study is done to know whether a specific site will have sufficient space for establishing all the infrastructure needed for the new airport and also to make sure there was no interference with the Tambaram Air Force traffic or has any other obstructions, sources said.

An Airports Authority of India (AAI) official said that more studies, including technical studies, will be undertaken after the State government selects a final location. The locations on the Bengaluru highway would be beneficial for the industries in the Sriperumbudur region.

“The highway would facilitate easy access from the city. There can be plans to improve the road and to build rail or mass rapid transit system services for better connectivity in the future,” the official added.

The erstwhile AIADMK government was considering Parandur but the plan did not materialize. TIDCO had floated a tender but bidders backed out as a site was not finalized by the government. As there was a delay, the AAI considered different options.

There were discussions for a scaled-down facility on 2,000 acres or a full-fledged facility on around 4,500 acres. There were also discussions within AAI to move international flights to the new airport and develop it into an ‘aero city’ with MRO (maintenance, repair, and overhaul) unit and aviation ancillary industries. 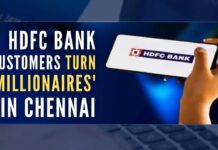 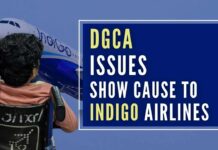 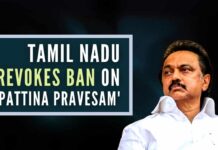 An easy UDAN for the common man