Prof. Romila Thapar, whose views and narrative on Indian History have been designed to falsely undermine our culture and true history

With deep anguish and concern, I write to you about the Dr. C. D. Deshmukh Memorial lecture planned for 14.01.2023.

The India International Center has seemingly steered clear of any controversial issues. This has been particularly manifest in the past C. D. Deshmukh lectures.

Has there been a decision to depart from the settled Policy?

In July 2021, I had placed a request to the Center to host a colloquium by Dr. Sandip Balakrishnan to mark the 100th anniversary of the Moplah massacre. I was politely informed by the program office that while I could hold it as a private event, the IIC would not lend its name to the talk as the issue stoked controversy. I am now surprised that Prof. Romila Thapar, whose views and narrative on Indian History have been designed to falsely undermine our culture and true history (to say the least), would be giving the C. D. Deshmukh Memorial Lecture. The brief description of her talk itself is designed to stoke controversy. With her giving a talk where the moderator would restrict questions, rather than engaging in a debate with numerous Historians who have abundantly established that her views are extremely biased and incorrect, would be a fait accomplii by all her supporters. The event would be more akin to a political narrative rather than a healthy debate or narration.

I, therefore, appeal to your offices to rethink and not allow the center to be used in a manner that may hurt the feelings of a civilization that is already severely wounded and is struggling to recover and embrace the true narrative that has been denied to it. 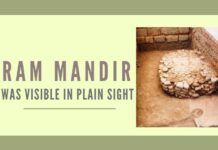 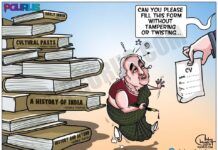 We are in a Democracy, Vote Matters !!!

Modi Should Learn From Deng