The two eminent lawyers were trying to impress upon CJI to have such verdicts on the Ram Temple and the cases involving Congress leaders that do not harm the party.

The Congress is trying to present itself as a party devoted to ending corruption with its impeachment motion against Chief Justice of India (CJI) Dipak Misra, but till the announcement of the Loya verdict, it was trying to strike a deal with Misra.

Senior party leaders Kapil Sibal and Abhishek Manu Singhvi met the CJI on more than one occasion, according to official sources. The two eminent lawyers were trying to impress upon him to have such verdicts on the Ram Temple and the cases involving Congress leaders that do not harm the party. The process, sources said, came to an abrupt halt with the Loya judgment, thus galvanizing the impeachment move.

The grand old party had hurled five charges at the CJI.

The adverse judgment in the Loya case incensed Congress president Rahul Gandhi, sources said, following which the impeachment motion was revived. It needs to be mentioned here that many senior party leaders are opposed to the move against the CJI. They reportedly include former prime minister Manmohan Singh and three former law ministers—Ashwani Kumar, Salman Khurshid, and M. Veerappa Moily.

In the wake of the Loya verdict, the Congress sent a notice to Rajya Sabha Chairman and Vice-President Venkaiah Naidu for the removal of Misra. Naidu rejected the notice, saying, “Having considered the material contained in the notice of motion and reflected upon the inputs received in my interaction with legal luminaries and constitutional experts, I am of the firm opinion that the notice of the motion does not deserve to be admitted. Accordingly, I refuse to admit the notice of motion.”

The grand old party had hurled five charges at the CJI. The first one pertained to an alleged bribery case involving the Prasad Education Trust of Lucknow. The trust ran a medical college. In an “act of misbehavior,” the CJI denied permission to prosecute Allahabad High Court judge Narayan Shukla. The second and third charges too related to the trust. The fourth one was a land that the CJI had acquired and later surrendered. The fifth charge was about the “abuse of exercise of power” on the part of the CJI by “misusing his authority as Master of the Roster with the likely intent to influence the outcome.”

Meanwhile, the GOP is not taking the rejection of its notice by Naidu lying down. It has announced that it would move the apex court over the subject.

The views expressed here are those of the author and do not necessarily represent or reflect the views of PGurus. 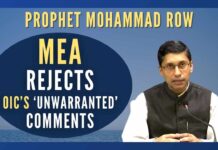 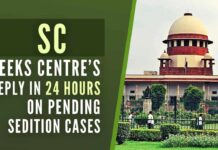