[dropcap color=”#008040″ boxed=”yes” boxed_radius=”8px” class=”” id=””]I[/dropcap]ndian Prime Minister Narendra Modi has been repeatedly emphasising that ‘India belongs to the youth and it is the youth that will take India to newer heights’. For the youth to deliver what is needed is sound infrastructure.
The ‘Smart Cities Mission’ and ‘Swach Sarvekshan -2016’ spearheaded by the union Government seem to be one of steps taken in that direction.
For The ‘Smart Cities Mission’, 98 cities have been shortlisted, that over a period of five years down the line, will evolve into smart cities. Out of these, 20 cities will be the first to receive funds in 2016, thus rolling off the process. During the next two the other cities will be included.
The ‘smart city’ will provide inhabitants a decent quality of life with,
(i) Basic infrastructure ( Assured water, electricity, solid waste management, IT connectivity, e-governance, security, citizens participation etc).,
(ii) Smart solutions (Waste to energy and fuel, waste to compost, smart meters and management, intelligent traffic management, smart parking, etc).,
Urban Development Minister Venkaiah Naidu mentioned that an investment of ₹50,802 Crore has been proposed for selected smart cities and towns during the next five years. The first tranche was chosen through a transparent and competitive process according to Naidu.
[dropcap color=”#008040″ boxed=”yes” boxed_radius=”8px” class=”” id=””]T[/dropcap]he ‘Swach Sarvekshan -2016’ is survey which ranks 73 cities on cleanliness and sanitation. Cities with over 10 lakh population were surveyed. In the list which were announced, the best performing cities lie towards the south and west. Chandigarh and New Delhi were also in the top 10 of the cities considered. The east and some portions of the north had cities which have been found to be relatively filthier. Asansol (72) and Dhanbad (73) are at the bottom of the list.
[dropcap color=”#008040″ boxed=”yes” boxed_radius=”8px” class=”” id=””]E[/dropcap]xecution and Implementation are the main challenge that confronts all the programmes of the government. Implementation is a major challenge for all the projects that India is working on – be it highways, railways or refineries or even present and previous urban development projects in different spaces even for cleanliness.
This is because delays are a norm in India’s project schedules. Rarely do projects get completed on time and if they do, they often become headlines. A few weeks ago, Prime Minister Narendra Modi rightly lamented the cost and time overruns that have plagued India’s implementation capability in the past.
Similar is the case when one looks at the projects that were undertaken under the UPA government’s Jawaharlal Nehru Urban Renewable Mission (JNNURM); one sees that a lot of cost and time overruns plagued them. A recent article in The Economic and Political Weekly (EPW) written by Amit Garg and Vidhee Kiran Avashia analyses this and points to the alarming statistics on them. Of the 538 projects examined by the scholars, 294 suffered from cost overruns and 303 suffered from time overruns – and 166 projects suffered from both cost and time overruns.
[dropcap color=”#008040″ boxed=”yes” boxed_radius=”8px” class=”” id=””]T[/dropcap]heir study also points to the startling fact that an astounding 36 percent of the urban projects suffered from both time and cost overruns. Their analysis offers a cautionary tale to the policymakers in India to look at what went wrong in the case of the previous urban projects.
There may be several reasons for India’s implementation deficit. Some argue that in a democracy, things often require time as opposed to an autocracy. While there is some semblance of truth to this claim passed on as collective wisdom, mostly, it is a problem of coordination between agencies and precisely fixing responsibility.
That is the crux of the issue with respect to delays and implementation deficit in projects. Other reasons are lack of training to the people implementing projects on the ground, land acquisition laws and a host of legislations which prevent work. The government must move quickly to not only announce the next tranche of Smart Cities but also build systems and implementation capability to resolve the issues of implementation deficit.
[dropcap color=”#008040″ boxed=”yes” boxed_radius=”8px” class=”” id=””]I[/dropcap]mplementation within the smart cities/clean cities will be a major challenge as the underlying governance structures are where the core of the problem lies. This bridge between the municipal and the union level is a welcome one but much will depend on the implementation of projects on the ground. The focus on technology and public scrutiny to improve systems is another positive from the side of the government. The policymakers will do a host of good to learn from the successful and not so successful experiences of the previous administration. It is hoped in the process the present government is able to build clean, healthy and smarter cities. 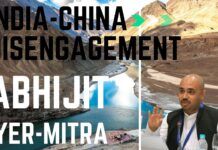 Abhijit Iyer-Mitra on India-China disengagement talks, the aftermath & will India get back all land? 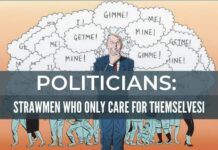 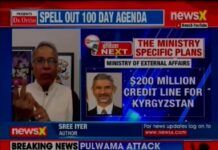