With the I & B Ministry granting the FM Radio license to South Asia FM Ltd. on October 27th, a confusion has been created as to whether the license was granted with the concurrence of the Home Ministry or not.

Sun Group had moved different High Courts on the concept of national security clearance and won a favorable order in Madras High Court but the Delhi High Court suggested deferring the auction process. Seeing the ambiguity in different courts on the stance of National Security clearance, Dr. Swamy wrote that he has moved the Supreme Court in a Writ Petition, seeking clarity on framing a proper security policy, especially when a Parent Company is accused of Money Laundering and defrauding the public exchequer.

With the I & B Ministry granting the FM Radio license to South Asia FM Ltd. on October 27th, a confusion has been created as to whether the license was granted with the concurrence of the Home Ministry or not.

He expressed the concern that BJP had promised the people of the country in its 2014 manifesto to fight corruption and decisions like this will tarnish the image of the government as the Sun Group has been involved in a number of corruption cases and are also among the accused in the 2G case, for which the trial is going on. He urged the I & B Department to reconsider this decision and withhold all its (Sun Group) operations forthwith. Due to the sensitivity of the matter, allowing an FM station to broadcast without HMA security clearance can be a potential threat to the national security.

A copy of the letter is shown below: 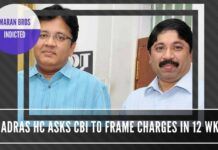 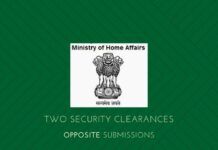 Security Clearance for Radio/ TV Channels: MHA favors Marans in SC, objects to others in HC!

Indigo Airlines to retire part of its debt from IPO proceeds