In a big setback to the Maran brothers, Madras High Court on Wednesday quashed the trial court’s Discharge Order giving a clean chit to Dayanidhi Maran and Kalanidhi Maran for installing illegal telephone exchange. Terming the trial court’s order as “erroneous, illegal and pervasive”, the Madras High Court also ordered to Frame Charges against Maran brothers, the DMK patriarch Karunanidhi’s nephews within 12 weeks and immediate starting of the trial procedures.

The illegal telephone exchange by Maran brothers was exposed by the noted journalist and auditor S. Gurumurthy in 2011[1]. In mid-2005, the then Telecom Minister Dayanidhi Maran abused his power by installing 764 telephone lines at his family run TV channel Sun TV Group by illegally linking from his home to TV headquarters.

The detailed order by Justice G Jayachandran on Wednesday exposes the dishonest Discharge Order of the trial court in an open shut case[2]. Gurumurthy after exposing the blatant fraud by Maran brothers approached Supreme Court in 2012 and CBI, at last, agreed to file a First Information Report (FIR) in 2013. But the agency was under pressure and at several stages, the investigations faced roadblocks, even after the NDA Government came to power in mid-2014. Later by mid-2015 the CBI filed a charge sheet but avoided the arrest of Marans for custodial interrogation.

In its charge sheet, the CBI said Dayanidhi Maran misused his official position and got private telephone exchanges installed at his residences in Chennai which were used for business transactions of the Sun Network. Kalanithi Maran, a billionaire businessman, is the chairman and founder of the Sun Group, which owns several media houses.

According to the CBI, over 700 high-end telecommunication lines were installed at their residences in Boat Club and Gopalapuram areas of the city for which bills were not raised, causing the exchequer a loss of Rs.1.78 crores. Gurumurthy had criticised CBI for not reporting properly about the loss to the exchequer. Maran brothers were also caught for meeting the tainted former CBI Director Ranjit Sinha at his home during night hours.

The special CBI court had on March 14 discharged the two Maran brothers and five other accused, holding there was no prima facie case against them. The other accused are former BSNL general manager K Brahmanathan, former deputy general manager M P Velusamy, Dayanidhi Maran’s private secretary Gauthaman and some Sun TV officials.

Now with the High Court’s Order, Marans are again in a soup and will have to face a trial. 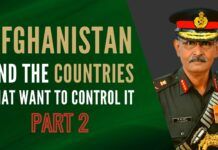 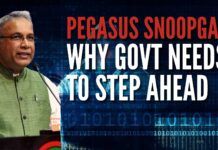 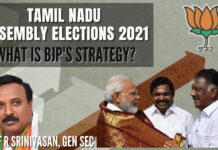 GSPC – Did the RS Chairperson err in allowing a state...