During initial questioning, in the Sialkot mob lynching case of a Sri Lankan citizen, the two suspects, identified as Farhan and Talha, “admitted” their role in the brutal attack on the foreign national, the sources said.

The Pakistan Police has arrested 118 people allegedly involved in the attack. Among 118 are 13 key suspects, police say. The suspects were arrested with the help of 160 videos that yielded 12 hours of footage.

Priyantha Kumara, who had been working as a manager at a private factory on Wazirabad Road in Sialkot, was tortured to death and his body was set on fire by a mob over allegations of “blasphemy” on December 3.

Sources privy to the investigation said the Punjab government has presented an initial report to the PM, Imran Khan.

Sri Lankan Prime Minister Mahinda Rajapaksa expressed his deep shock at the brutal murder of a Sri Lankan national in Sialkot. He said that his country and people were confident that PM Imran Khan will bring all those involved in the incident to justice.

As per the preliminary report turned in by the provincial government, a dispute had emerged when Priyantha Kumara removed some posters from the walls of the factory at 10:28 am. The posters were reportedly inscribed with the name of the Holy Prophet.

Later, Kumara had apologized for the misunderstanding on his part and the matter stood to be resolved and the factory workers had dispersed. However, some workers then incited their colleagues to attack the manager, the report added.

Within a few minutes, a mob formed and set on the victim within the premises of the industrial unit, eventually killing him.

A total of 13 security guards were present in the factory as the brutal attack was occurring. None of them tried to rescue the victim or disperse the mob, said the report.

Kumara’s body was later dragged outside the factory and burned.

Police received a phone call at 11:28 am about the incident, officials said. A police party reached the site within 12 minutes, they added.

Heavy contingents of police were later dispatched to the crime scene to round up and arrest suspects. 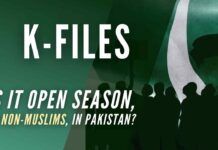 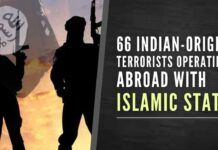 Modi gets the highest approval rating of 70 percent among world...