[dropcap color=”#008040″ boxed=”yes” boxed_radius=”8px” class=”” id=””]I[/dropcap]t is extraordinary how quickly we believe smart slogans. Advertising and marketing are based precisely on the ability to win subscribers and getting them hooked through language and packaging. Prime Minister Narendra Modi has understood this all too well. When he spoke of ‘aache din’, he struck an immediate chord of empathy through the contrast with the previous four years. Similarly, his call for Swachh Bharat and Digital India resonated across socio-economic classes. People were hooked. This was political marketing at its best. His ‘Make in India’ was cast in a similar mould.

But marketing gurus are also aware that advertising is not a substitute for the product. Consumers look through gimmickry because man cannot live by slogans alone. The unexpected defeat of the Vajpayee government in 2004 that rode on the crest of the ‘India Shining’ wave ought to be a sobering reminder for the government.

After 18 months of Modi’s government, for most Indians, barring the very rich, happy days continue to be illusory. The economy, which is poised to overtake China, and notch 7.5% GDP growth rate, owes much to falling oil prices and to a slowing down of the Chinese economy than to any economic reforms that have eased doing business in India. Taxation policies remain opaque and unpredictable and, thus, a clear disincentive for foreign investors. Even the bizarre retrospective tax, promulgated by the previous government, is yet to be amended.

[dropcap color=”#008040″ boxed=”yes” boxed_radius=”8px” class=”” id=””]F[/dropcap]urthermore, for the aam aadmi, food prices – whether of onions or pulses – continue to rise. Social sector spending has drastically fallen, especially in health and education. At an entirely different level, even the very social fabric of India stands threatened with ministers and political allies making hugely irresponsible statements and indulging in acts of gross intolerance towards minorities, Dalits and dissenters. While the central government can, most certainly, take the plea that in a federal polity, it cannot be held accountable for everything that happens throughout the country, it ought to stir, if not shake, the government’s conscience, especially when President Pranab Mukherjee finds it necessary to publicly remind the nation of the idea of India.

Modi’s rise to the prime minister’s post has been dramatic and meteoric. The distinct lack of leadership in the Congress has been helpful and Modi is, undoubtedly, looking at a second term. To achieve that, he most certainly needs to combine vision with strategy and decision making. If he would like India to emerge as an economic powerhouse, he needs to outline the roadmap as to how this would be achieved.

Modi’s governance style can now be summed up with the words, ‘Lights, camera… inaction’! Style matters only when accompanied by substance.

Consider his flagship ‘Make in India’ programme, as an illustrative example. The shift from ‘made’ to ‘make’ was meant to woo foreign investors to make India a manufacturing base. But neither quality assurance nor skill development received the urgency that making in India requires. For foreign investors, this is clearly a major drawback. Nor indeed has the government outlined the tax incentives that foreign investors would enjoy should they decide to make in India. Ministries continue to be unclear on the contours of the programme because it is yet to be publicly outlined to establish that it is in conformity with global trade rules. Unless there is visible clarity, the programme is destined to become a slogan.

[dropcap color=”#008040″ boxed=”yes” boxed_radius=”8px” class=”” id=””]C[/dropcap]onsider, for instance, that Japan has offered a soft loan for $15 billion to finance India’s first bullet train on the condition that 30% of equipment, including coaches and locomotives, are bought from Japanese firms and manufactured in Japan. Japan and Singapore, similarly, are likely to be involved in developing Amravati, the new capital of Andhra Pradesh. Undoubtedly, the financial assistance Japan offers would be linked to purchase of equipment from Japanese companies. Mercedes recently announced that it is planning an expansion of its manufacturing facility in Pune but has asked the Maharashtra government for tax concessions. More interesting is the fact that the bronze cladding for the memorial to Sardar Patel would be manufactured in China. So, where precisely would the government draw the line on making in India?

Modi’s advocacy of transforming India into a manufacturing hub can be exciting and most certainly gets us all hooked. After all, if it could happen – and there is no reason as to why it cannot – jobs would be created, foreign investment would flow in and economic growth would receive a substantial boost.

There is, however, a legitimate ‘however’. None of the above is likely unless a clear and transparent policy framework is outlined. Furthermore, the government needs focus, clarity and speed of execution. Additionally, it is important for us to be candid in our assessment of quality assurance and skill availability in India at present. No international brand is likely to stake its reputation on poor manufacturing. The series of crashes of Indian manufactured Dhruv helicopters in Ecuador and subsequent bad press demonstrates that Indian manufacturing is yet to meet international benchmarks.

As a contrast, take the case of Vietnam. It has a clear strategy on how it ought to approach its comparative advantage of a young workforce and low wages to produce garments and sportswear for international brands. Over a dozen industrial parks have come up that have already attracted considerable foreign investment. It is only a matter of time before Vietnam emerges as the next manufacturing hub in the textile sector. Additionally, the Trans-Pacific Partnership Agreement, once ratified, is anticipated to further enhance Vietnam’s international appeal. Her secret is clarity and transparency in legislation coupled with urgency in governmental execution. In short, vision is followed up with strategy. This appears to be clearly lacking in India.

[dropcap color=”#008040″ boxed=”yes” boxed_radius=”8px” class=”” id=””]T[/dropcap]he ‘Make in India’ example illustrates how the government has not backed its slogans with action, or vision with strategy. Over the past 18 months, the quality of life has not improved. Indeed, many would say that there has been a perceptive decline, especially in governance. When senior ministers and party functionaries label dissent as being ‘manufactured’ or ‘selective’ or ‘pseudo-secularism’, it only diminishes the government and, worse, it attacks the very core of democracy itself.

Modi needs to urgently recognize that his persistent silence is likely to be construed either as utter disregard for alternate voices or an inability of getting his own voice heard by his party colleagues. He can protect the stature and dignity of his chair only through an unambiguous condemnation of the incidents that are dividing the people. To be perceived as a national leader, he needs to make the transition from Chief Minister to Prime Minister.

The next elections are not that distant. While the Congress is in disarray at present and bound to the apron strings of the Gandhi household, it is not inconceivable that elections could see the party split and the emergence of a new challenger. Modi and his team would, undoubtedly, heed the lessons of the Vajpayee defeat that slogans might win elections the first time around but consumers learn to avoid a bad product when it fails to meet expectations. It is hoped that he will demonstrate genuine leadership and translate his promises into action.

His reputation is dramatically flagging, even in the international space. As The Economist brutally put it, his governance style can now be summed up with the words, ‘Lights, camera… inaction!’ Style matters only when accompanied by substance.

[dropcap color=”#008040″ boxed=”yes” boxed_radius=”8px” class=”” id=””]M[/dropcap]r. Prime Minister, a huge mandate was given to you to realize the aspirations of the Indian people. It can happen only when you realize that you are Prime Minister of all Indians. This lies at the core of transformational thinking and thus, leadership. Many call it the tipping point.

(Amit Dasgupta is a former diplomat and author of “Lessons from Ruslana: In Search of Transformative Thinking”, published by Harper Collins. The views expressed are personal. He can be reached at amit.dasgupta@spjain.org) 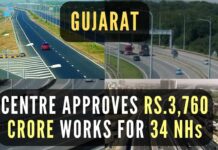