BJP leader Subramanian Swamy urged the Ministry of Corporate Affairs to speed up the probe against Times of India Group’s tax evasion by floating shell firms, manipulations in Stock Exchange violations and dubious share purchases from minority shareholders. In his detailed complaint, Swamy pointed out that Ministry is not acting even after Calcutta Stock Exchange (CSE) found and reported back about the huge frauds by Times of India promoters Indu Jain and her sons Samir Jain and Vineet Jain in the buyback of Bharat Nidhi Limited, a shell firm which controls the major shares of Times of India Group.

Bharat Nidhi Limited is listed firm and just a shell firm which is having more than 24% shares in Bennett and Coleman Company Limited (BCCL), which is the flagship company of Times of India Group. Earlier in December 2019, Subramanian Swamy listed out various covert ways of tax evasion and money laundering through shell firms by Jain family members and urged Prime Minister Narendra Modi to direct Income Tax, Enforcement Directorate (ED), the Central Bureau of Investigation (CBI), Department of Revenue Intelligence (DRI), the Securities and Exchange Board of India (SEBI) and Serious Frauds Investigation Office (SFIO) to probe into the frauds in the country’s biggest media group. Swamy pointed out that Times of India Group owning firm Bennett and Coleman Company Limited (BCCL) is controlled through eight shell firms, all located in the same address.

On SEBI’s Order, Calcutta Stock Exchange’s probe found a series of violations in Bharat Nidhi Limited. The Stock Exchange has reported back to the Ministry and SEBI in March 2020. “In its investigation/examination report, the CSE (Calcutta Stock Exchange) submitted that a prima facie case for MPS violation by companies belonging to Times Group is established which needs to be investigated further. However, despite highlighting in my earlier letter the blatant violations committed by the Times Group, it is regretfully informed that I have till date neither received any response from your offices nor been made aware about the initiation of any investigation into the affairs of the aforementioned companies and persons,” said Swamy in his detailed letter to Ministry of Corporate Affairs, accusing delay and inaction on the CSE probe report.

“Further, I understand that your good office is burdened and overloaded with extensive work during this time. However, in view of the urgency of the matter and the interests of the minority stakeholders in the Times Group, I request you to provide me with an update regarding the initiation of the investigation, if any, or with the next steps proposed by your offices in the present matter. I remain willing to provide any further information/documents/assistance that may be required by you or your team for conducting a detailed investigation in the matter. I crave to leave file or submit further documents in relation to the present complaint,” said Swamy, also asking Stock Exchange Board of India (SEBI) to speed up the probe on dubious ways of Time of India Group’s major shareholder Jain brothers. 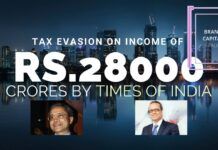 Whistleblower accuses Times of India group of not paying tax for Rs.28,000 crores income earned from advertising for the past two decades. Exposes ‘Brand... 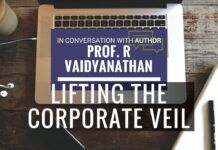 Pushpita Prasad and Nikunj Tewari - June 15, 2021 0
Carnegie Endowment report - Much to appreciate but still questionable Earlier this week, the Carnegie Endowment for International Peace released a survey on Indian Americans,...

Let us keep our powder dry against Sri Lanka