[dropcap color=”#008040″ boxed=”yes” boxed_radius=”10px” class=”” id=””]N[/dropcap]ew Delhi, Dec 21 – Former cricketer and BJP MP Kirti Azad is surprised that Finance Minister Arun Jaitley has filed a defamation case against Delhi Chief Minister Arvind Kejriwal though it was he (Azad) who for years has alleged corruption in Delhi’s cricket board.

“I have been raising the issue of corruption in DDCA since long,” the former India player told IANS, hours after Jaitley filed the case against Kejriwal in the Delhi High Court and sought Rs.10 crore in damages.

“This was my issue which was hijacked by the Aam Aadmi Party (AAP) and the Congress for political gains. In fact, they have raised this issue on the basis of my letters.

“What wrong I have done? I am fighting against corruption and my fight is not against any individual or any party. Have I spoken a single word against my party or any individual? I have never protested against the policies of the government.”
– Kirti Azad

[dropcap color=”#008040″ boxed=”yes” boxed_radius=”10px” class=”” id=””]J[/dropcap]aitley’s move came a day after Azad, elected to the Lok Sabha from Darbhanga in Bihar, held a press conference and alleged massive corruption in the affairs of the Delhi and District Cricket Association (DDCA). Jaitley had headed the DDCA for many years.

Immediately after Azad’s Sunday press conference, the AAP again demanded Jaitley’s resignation from the cabinet. Kejriwal also announced that he would set up a Commission of Inquiry to probe the DDCA affairs.

Asked if he feared action by the Bharatiya Janata Party (BJP) for speaking against a fellow party leader, Azad reiterated that his fight was against corruption and not against any individual or party.

“What wrong I have done? I am fighting against corruption and my fight is not against any individual or any party.

“Have I spoken a single word against my party or any individual? I have never protested against the policies of the government.

“In fact, what I have done is on the lines of Prime Minister Narendra Modi, who is against corruption. His government is following the mantra of zero tolerance towards corruption.”

Azad went on: “I respect Arun Jaitleyji a lot. He is my leader. I am not against any individual.”

“The opposition parties always cry foul whenever any matter is referred to the CBI. So if the matter is given to the CBI, they will raise fingers on its outcome.

“So I have demanded a SIT probe which should be under the supervision of a high court.”

The cricketer-turned-politician vowed to pursue the DDCA case — which he has been raising for eight long years — till its “final conclusion”.

Azad denied that he was summoned by BJP president Amit Shah and asked not to campaign against Jaitley.

“I was not summoned by Amit Shahji. I met him over a cup of tea. Obviously we discussed the issue of corruption in the DDCA.”

But he admitted that Shah did tell him to not to address any press conference on the issue.

Azad said the probe into the DDCA by the Serious Fraud Investigation Office (SFIO), done under the previous Congress-led UPA regime, was of a civil nature.

He said the CBI was probing the evasion of entertainment tax due to the sale of underpriced tickets for elite hospitality boxes at the Ferozeshah Kotla Ground here.

The BJP MP alleged that the DDCA gave out contracts to fake companies, paying them crores of rupees in cash, and had fudged the audit of accounts. 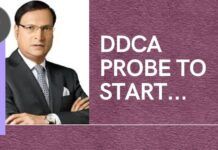 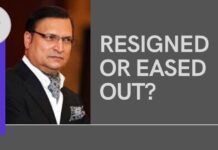