Honest income tax payers expect some benefits from the government, as they are a small percentage of the population who pay taxes. The benefits can’t be so tangible that honest people who don’t come within any of the tax brackets, feel discriminated against for no fault of theirs.

Every year, based on the tax actually paid, including every corporate, each tax payer can be given Tax Reward Points (e.g., divide the tax paid by Rs.10,000, rounded up (not rounded off), and arrive at Tax Reward Points, TRP for short, or something like that).

The government can come up with multiple options for redeeming these TRPs, just the way credit/ debit card companies and supermarkets do.

To start with, TRPs will have snob value, which will usually matter to this class of people. Though TRPs can be confidential and known only to the individuals concerned, not being seen in TRP circles could act as a very mild tax evasion deterrent; of course, no one is going to pay taxes honestly only for the sake of the TRPs. TRPs will, at best, be a pacifier to the tax payers.

Ideas and suggestions can be invited from the public, esp tax payers, about what benefits tax payers would deem appropriate, which will also be seen as significantly non-discriminatory to others. Whatever ideas/ suggestions the government deems appropriate form out of these can be implemented.

It can’t be anything tangible, no monetary reward, preferential treatment in any government schemes, projects, etc.

It can be, for example, a preferential invitation for some government functions, Trade Delegation Meets in India/ abroad, celebrity shows, etc, limited to a certain number of seats for each occasion. Some events can even be created just for this purpose.

The government can create 1 or 2 seats as the Voice Of Tax Payers in the Rajya Sabha, elected based on redemption of TRPs, with or without voting rights; voting for these elections can be online. This is not discriminatory because tax payers can have a legitimate case for their voice being heard in Parliament.

We can come up with many such ideas on how TRPS can be redeemed as we go along, and keep improving upon the scheme.

This is merely a seed of an idea,… just the starting point; it has to be thought through with wide consultations before being implemented. 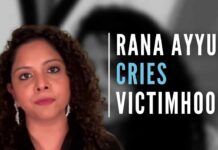